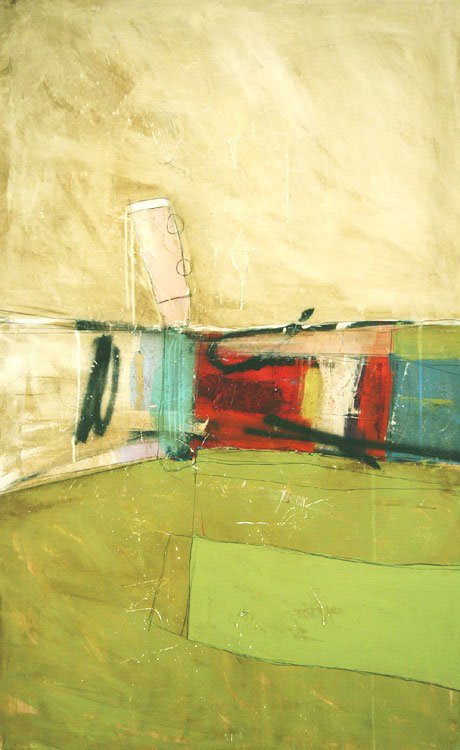 In early 2009, Artist John Ross Palmer unveiled the most exclusive art series of his career, Satori. The Satori Series was the brainchild of Palmer after being hugely inspired by his 2006 journey to Tokyo, Japan. He admired the moments of serenity, peace and living purposefully. To Palmer, Satori represents the concept of Sudden Enlightenment. There are three phases in his path to enlightenment: Acceptance, Enjoyment, and Enthusiasm. To coincide with the three phases, Palmer would release the series in three different years with five-year increments between them: 2009, 2014 and 2019. During each of those years, exactly six paintings would be released. Once the story of Satori reaches its dramatic conclusion in 2019, the 18 total pieces will be forever regarded as the most prominent, powerful and valuable paintings of Palmer’s illustrious career.

In 2009, the first series of six paintings representing Acceptance was unveiled at the John Ross Palmer Art Gallery & Studio in Houston, Texas. The world-class event coincided with the release of an amazing Satori catalog containing images of all six pieces, Palmer’s personal thoughts (in his own distinct handwriting), and a powerful introduction by legendary Houstonian and art aficionado Dr. Carolyn Farb, hc.

Farb writes, “When I first saw the beginning of the series John has come to call Satori, I immediately embraced his concept of sudden enlightenment. The paintings are both beautiful and ethereal, graceful and powerful, speaking to the many emotions one experiences when they are face to canvas with one of the six in the series. I continually marvel at John”s imagination, energy, and total submersion into a concept he brings to life.”

2009 was the worst financial year in the history of John Ross Palmer Art as it coincided with the downfall of the entire US economy. However, due to the power of the paintings and the loyalty of Palmer’s top enthusiasts, five sold immediately. There was a sixth and final piece…that Palmer simply could not sell.

After trying literally every avenue to place the final Satori 2009 painting while receiving top-notch sales strategy from industry leader Charlotte Law, Lindsay had an epiphany (while on a power-walk in the Houston Heights) on how to put the sixth piece into private collection. Hear the story in his words by watching the Satori 2009 documentary film.

After the entire series went into private collection, it was then time to celebrate in a most luxurious fashion. Following a hilarious limousine ride, the business of John Ross Palmer Art treated all collectors to a fun and glamorous dinner at the history Tony’s in Houston, Texas. Mr. Tony Vallone personally created the menu that was used on this one night only. Collectors of John Ross Palmer’s Satori 2009 include full-time artists, doctors, successful entrepreneurs and
titans of industry. 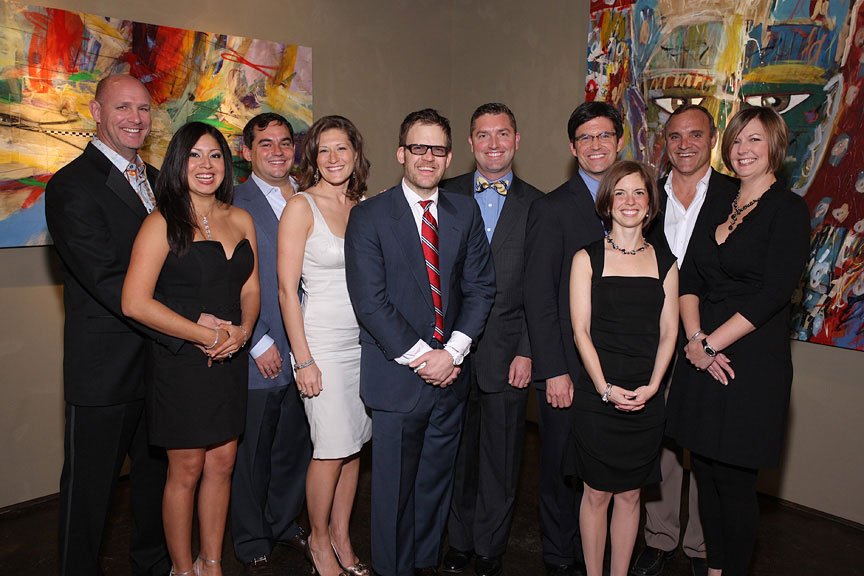 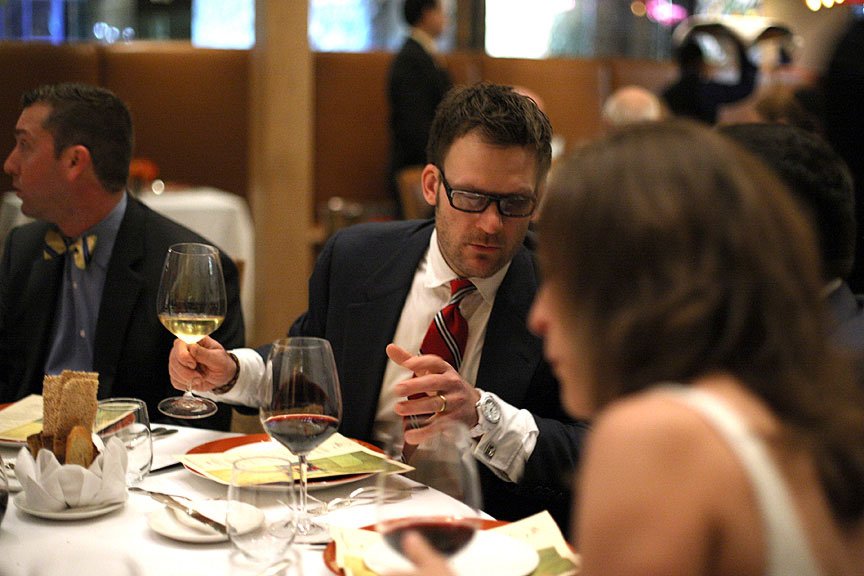 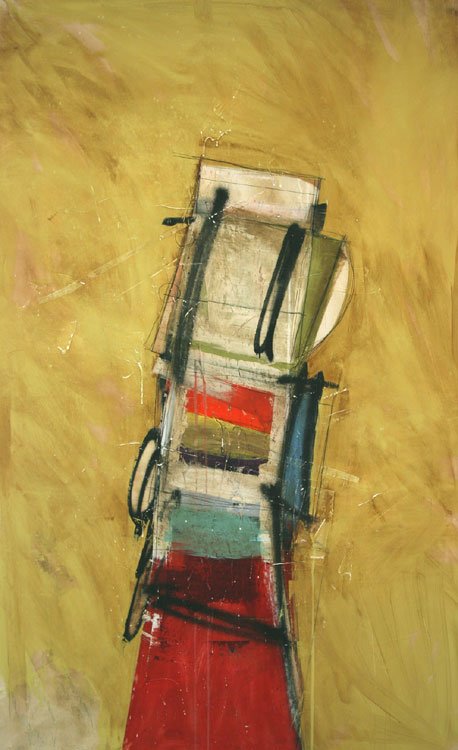 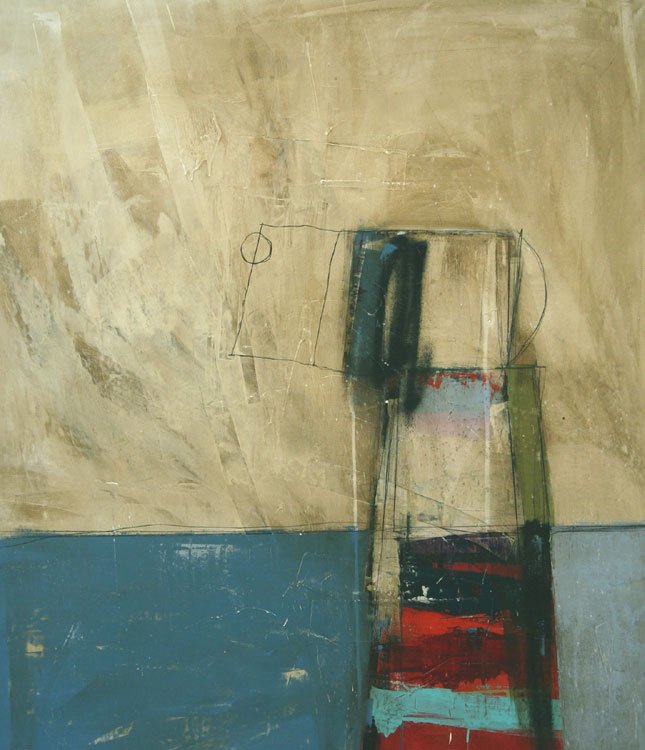 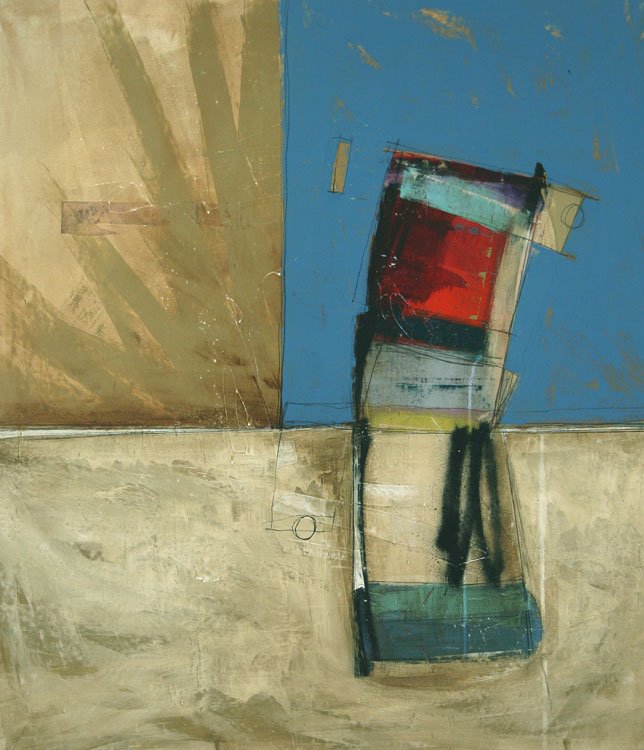 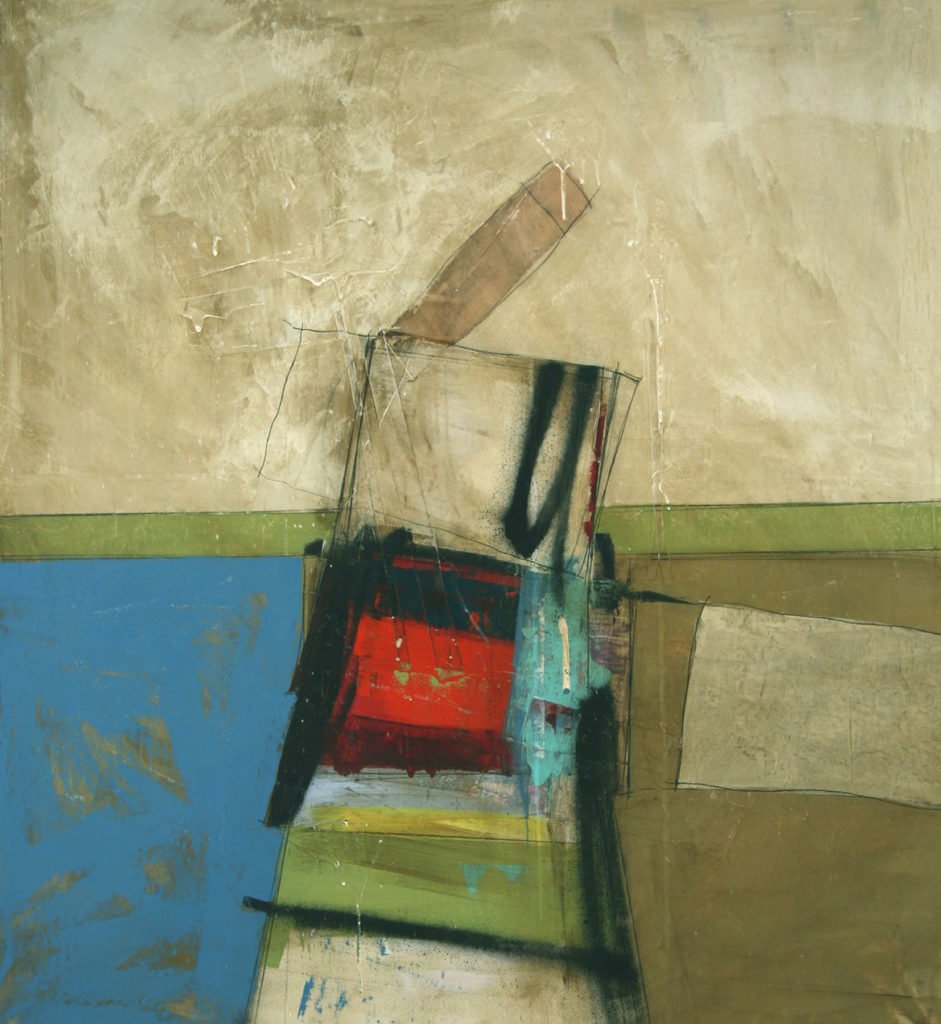 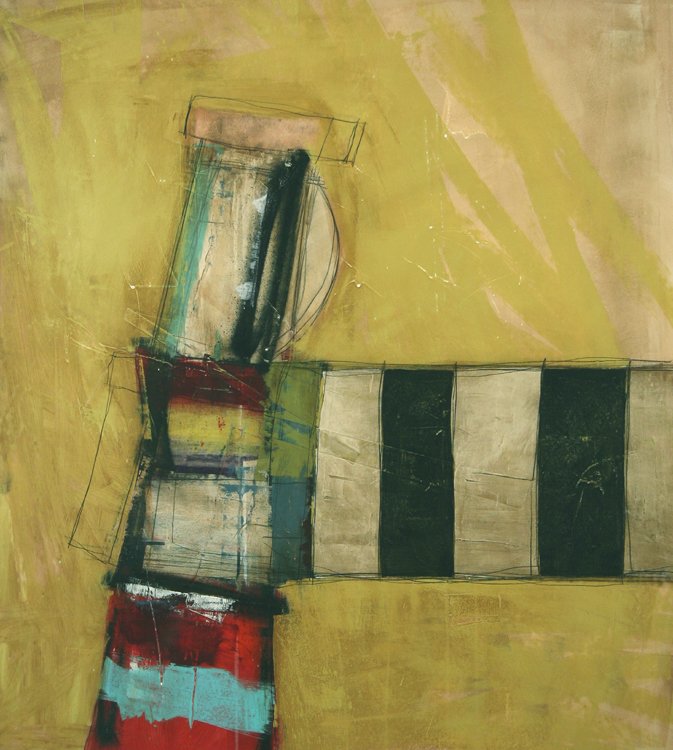 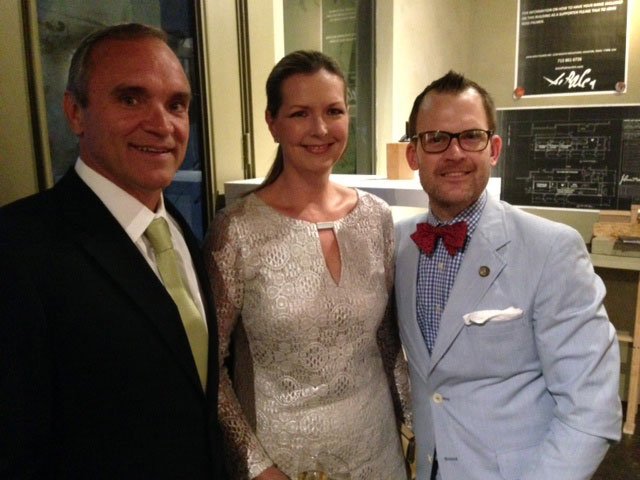 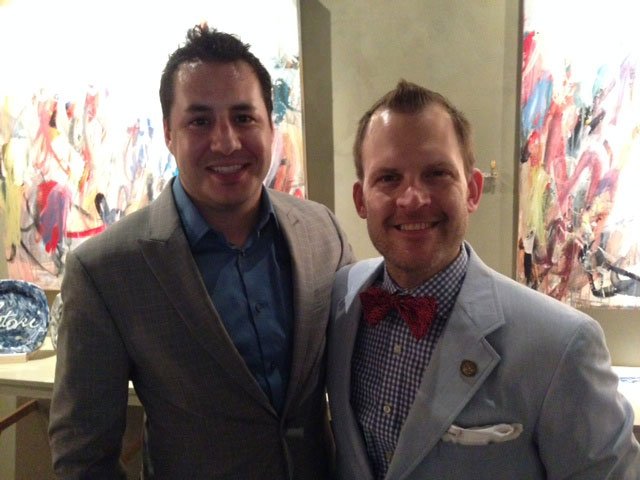 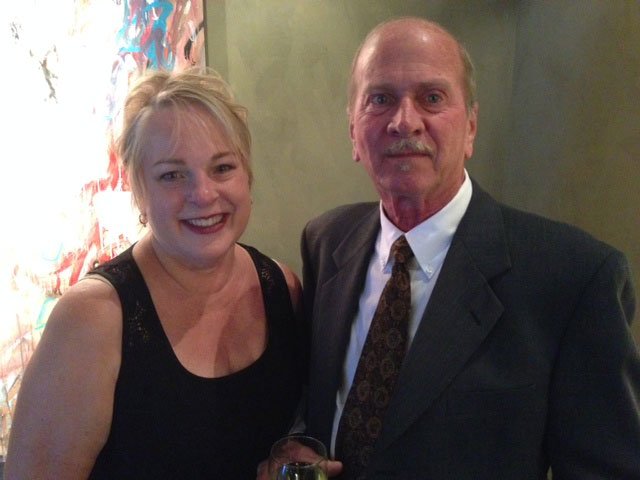 The years from 2009 to 2014 remained tough, but, fun. Palmer streamlined his business – decreasing employees while increasing efficiency. The Escapism Founder took massive financial risks by showing under his own gallery at top international art fairs in Chicago, Miami, Toronto, and Los Angeles. Palmer also formalized his much-sought-after international art series with the creation of the First Class Club, an underwriting group of Palmer loyalists. His mentorship program began to thrive with applicants from all over the world. In 2013, Palmer initiated and completed the wildly successful Refuse to Struggle campaign to raise funds to erect an ultimate artist training center for The Escapists.

In 2014, the second series of six paintings representing Enjoyment was unveiled at the John Ross Palmer Art Gallery & Studio in Houston, Texas on April 4, 2014. VIP guests to the “invite-only” soiree dined on sushi and sipped champagne as they gazed at the then-sold-out series.

By this stage of his career, Palmer had mastered the art of the preview. For months prior to the formal unveiling, Palmer courted premier collectors with personalized correspondence on the inspiration and technique used to create Satori 2014. He then orchestrated one-on-one previews with his biggest and best where the guests watched a 3-minute preview film in a special viewing studio, read a dynamic catalog with introduction by Houston and Marfa art legend Lynn Goode, sipped wine and champagne and dined on sliders, breakfast biscuits or mac and cheese bites before choosing to acquire or pass on one of the valuable original art pieces.

Goode writes, “Satori 2014 reveals a celebration of personal safety and joy, inasmuch as the playful side of Palmer’s nature is exuberantly and beautifully painted onto the wood, while the viewer is invited to experience the profound contentment Palmer developed during the last five years as he sought harmony through his personal and business relationships.”

While Palmer’s style matured, as did his mastery of presentation and preservation of his creative process. Palmer was astute to capture this creation of Satori 2014 through a plethora of photographs – including numerous with his prized English Pointers, Bobby and Jane. The photos are symbolic of the Enjoyment phase – as nothing brings Palmer greater joy than the unconditional love of these “children.” Further, it was with Satori 2014 that Palmer reinvented his documentary film feature to make it shorter, more upbeat and focused on serving as a charge to the potential collector immediately prior to their viewing the new art series.

The collection of Satori 2014 has led to notable placement and features. Satori 2014 No. 3 is displayed prominently in Houston’s premier fine dining establishment, Tony’s. Satori 2014 No. 1 has been featured on the live television broadcast Public Affairs, Public Access with host Linda Cohn as well as one of the top ten paintings of Palmer’s career in the photo-biography by 2018 Escapist Nabarupa Bhattacharjee, John Ross Palmer: Through the Lens of Nabarupa Bhattacharjee. 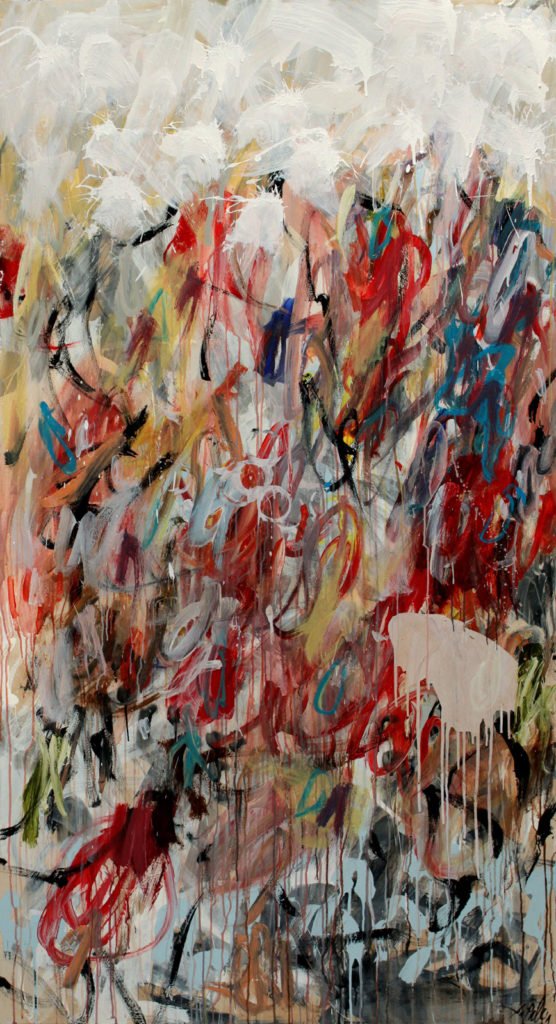 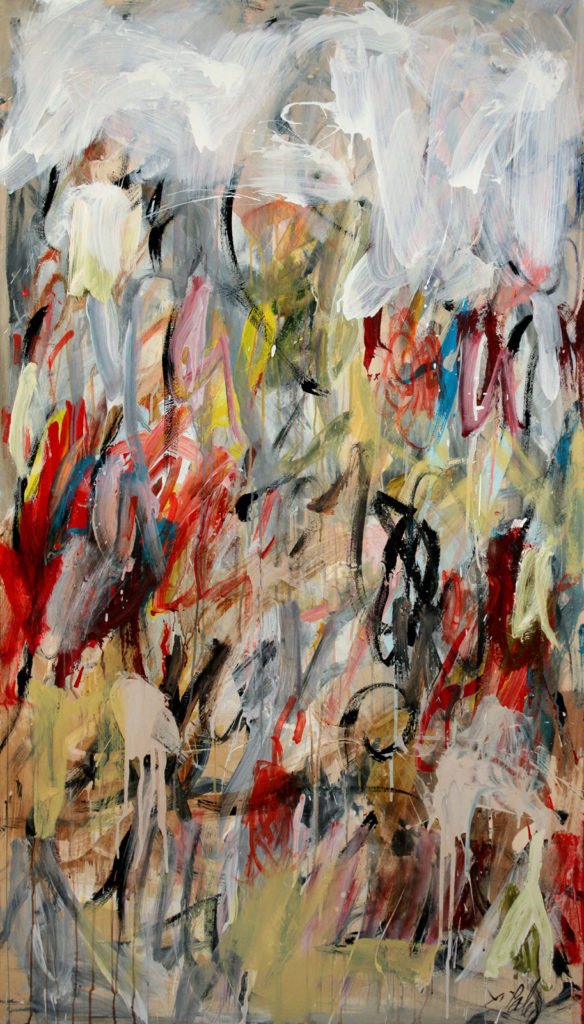 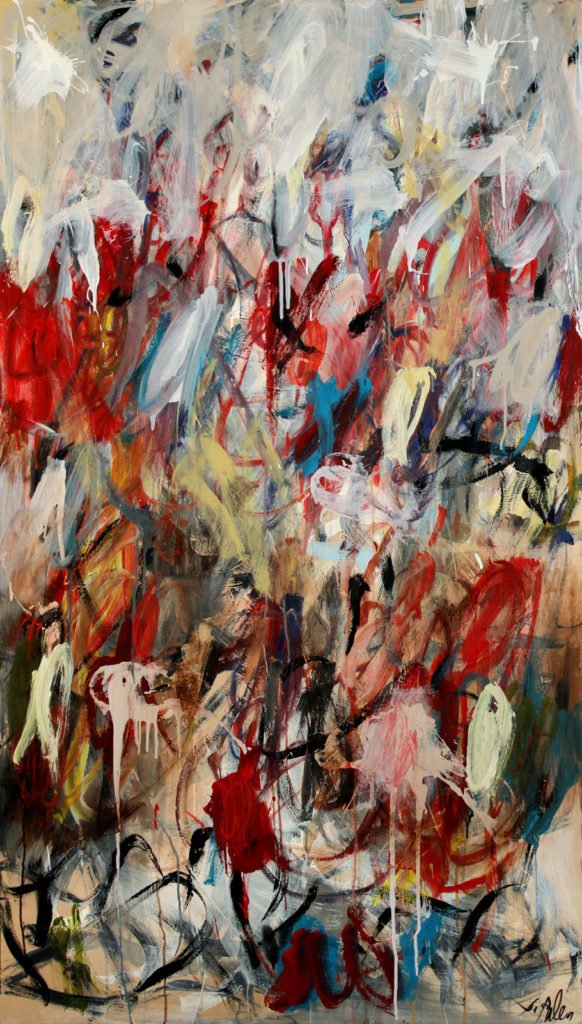 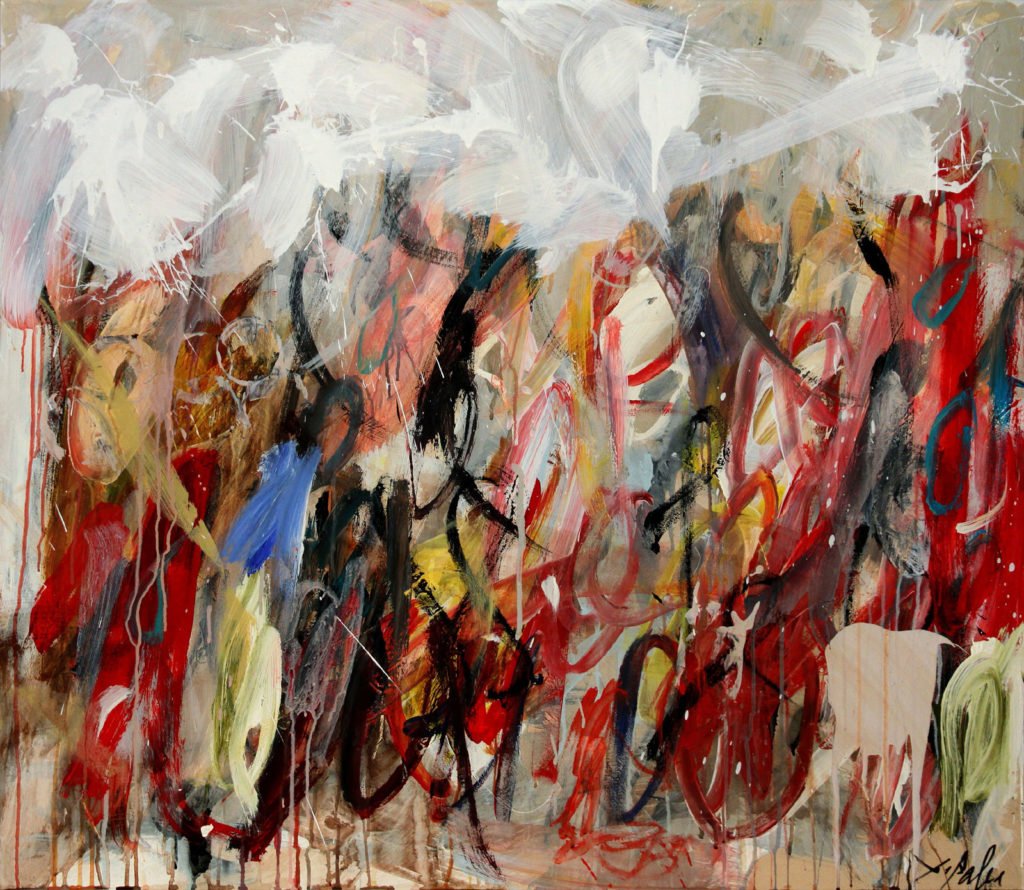 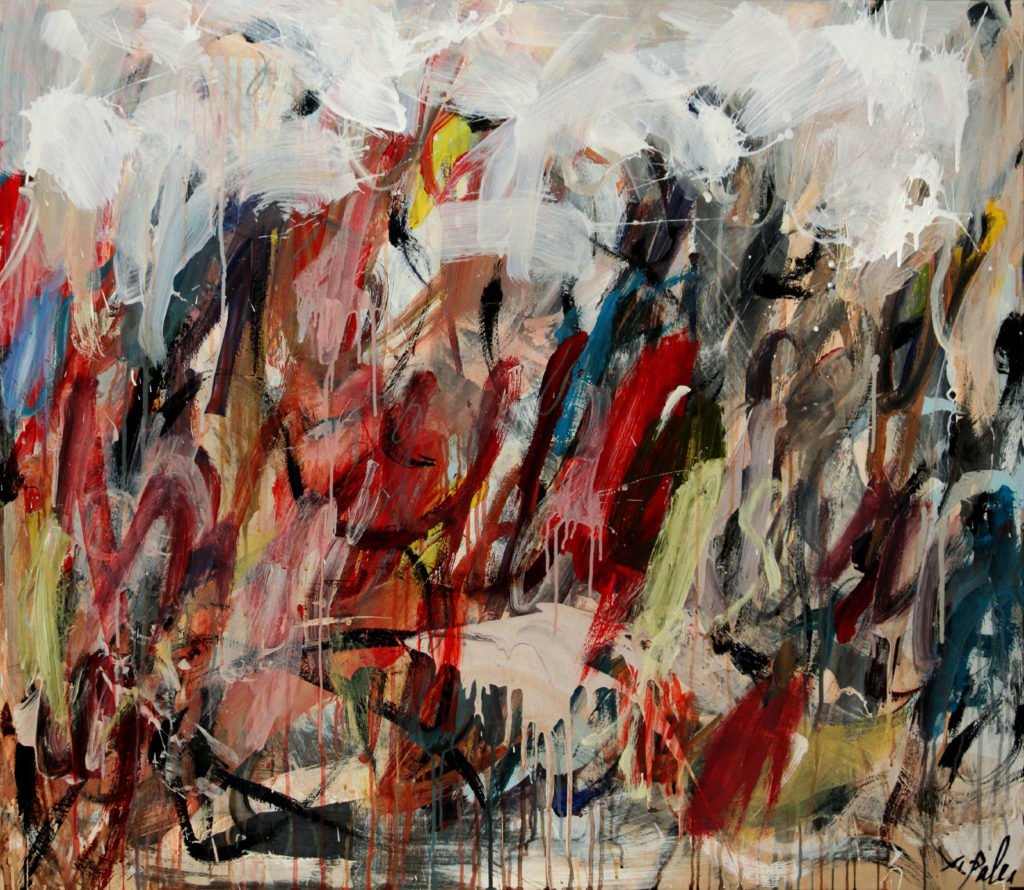 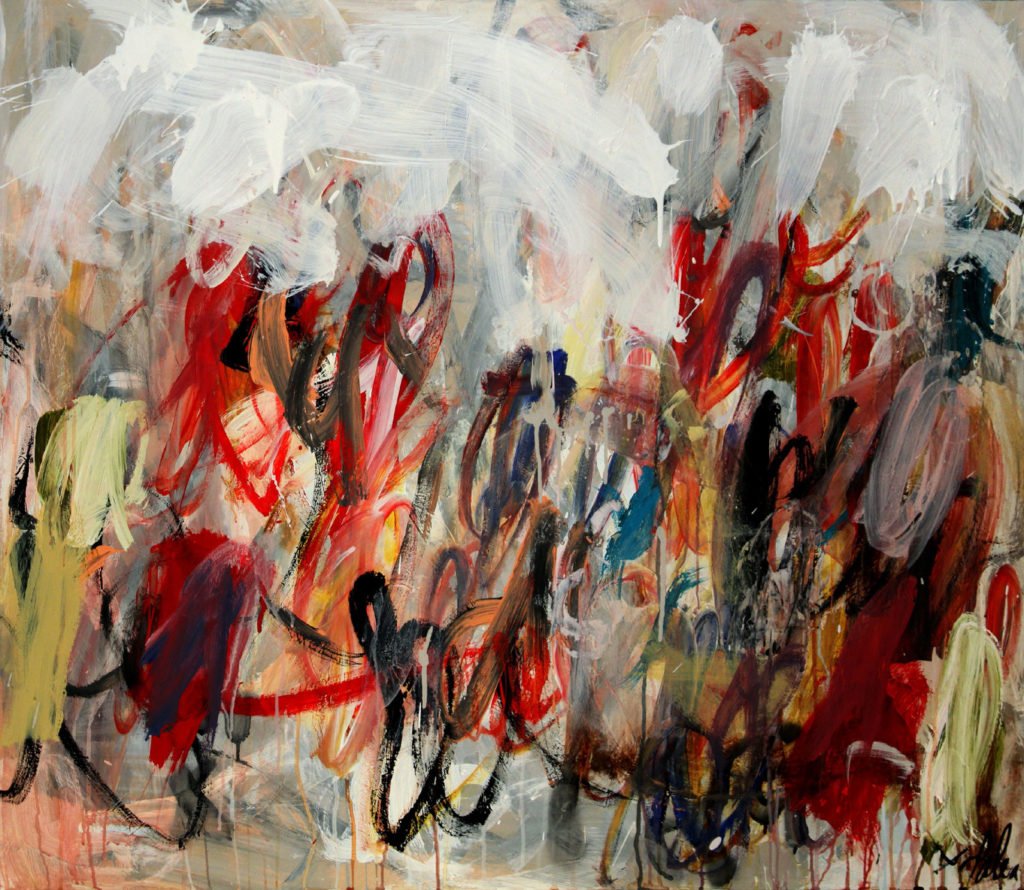 From 2014 to 2019, Palmer’s business thrived. The culmination occurred in 2019 as it was the most successful year in John Palmer Art’s history (many thanks to the sell-out of the Satori 2019 collection). Palmer’s Escapist Mentorship Program celebrated its tenth anniversary, and, Palmer himself celebrated his twentieth anniversary as a professional artist in 2018 with a five-day series of retrospective events. The First Class Club sponsored trips to Havana, Auckland, and Hoi An, Vietnam, but, more importantly, the closely-knit group celebrated their tenth year as Palmer’s “art family” in 2019. Therefore, Palmer’s life was most definitely in sync with the third phase of Satori, Enthusiasm.

While the Satori 2019 series was unveiled at Palmer’s Houston Heights Gallery on the evening of Friday, April 26, 2019 to an audiences of VIPs prior to the public unveiling on the afternoon of Sunday, April 28, 2019. The VIP unveiling was a star-studded soiree unlike any other in gallery history. Palmer’s upstairs studio was converted into a private Satori lounge where only Satori collectors from any collection could sip Veuve and enjoy Israeli caviar. The evening’s crescendo included a presentation to all Satori collectors of a custom Satori lapel pin emblazoned with a bold “S.” Palmer proclaimed that for the remainder of time the Satori collectors would be known as members of the Circle of Satori. Palmer’s then-husband Ryan Lindsay gave an impassioned speech where he proclaimed Palmer to be the greatest artist of our generation.

Palmer’s Satori 2019 series was so highly anticipated that previews began months in advance of the unveilings. All six pieces were sold well-in-advance of the events which allowed Palmer to orchestrate an unprecedented red carpet affair to honor his collectors. Palmers worked on the Satori 2019 collection longer than any other series of his career. He actually turned a portion of his private residence into a hidden studio so that it would be impossible for gallery visitors to even have a glimpse. Palmer was at ultimate peace with an unmatched focus as was evident when his beloved English Pointer puppy Nancy would unsuccessfully try for his affection.

Palmer’s then-husband Ryan Lindsay procured art expert Liana Schwaitzberg of MKG Art Management to author the Introduction to the Satori 2019 catalog. Born in Cambridge, England, Liana grew up across the Midwest and East Coast of the United States. She received her Bachelor of Arts degree in Art History from The George Washington University, a Master of Arts Degree in Visual Arts Administration from New York University, and a Master of Arts degree in History of Art from The Courtauld Institute of Art in London, UK.

Schwaitzberg writes, “Ten years from the initial unveiling we are graced with Satori 2019, unique and forward-looking with enthusiasm. Palmer’s style still consists of heavy movement and gestures, yet the presence of negative space with raw wood piercing through gives a sense of simplicity. This body of work reflects a newly discovered confidence in his painting practice, giving us a more authentic product. A mixture of color is present, yet not overwhelming, as the grey and white tones give balance and needed contrast. The surface has been reworked several times with layers of mixed media. During Palmer’s impactful visit to Japan in 2006, he studied the ancient art of calligraphy. Much like ink seeping into rice paper, the viewer can see the influence with the preliminary paint layers seeping into the untreated wood. With a nod to the past, while embracing the future, we get a sense of renewed enthusiasm.”

The lesson to be taken from Satori, from an artist's perspective, is the importance of following through. Many artists proclaim grand ideas. Only the greats like John Ross Palmer can accept, enjoy and enthusiastically deliver the results. 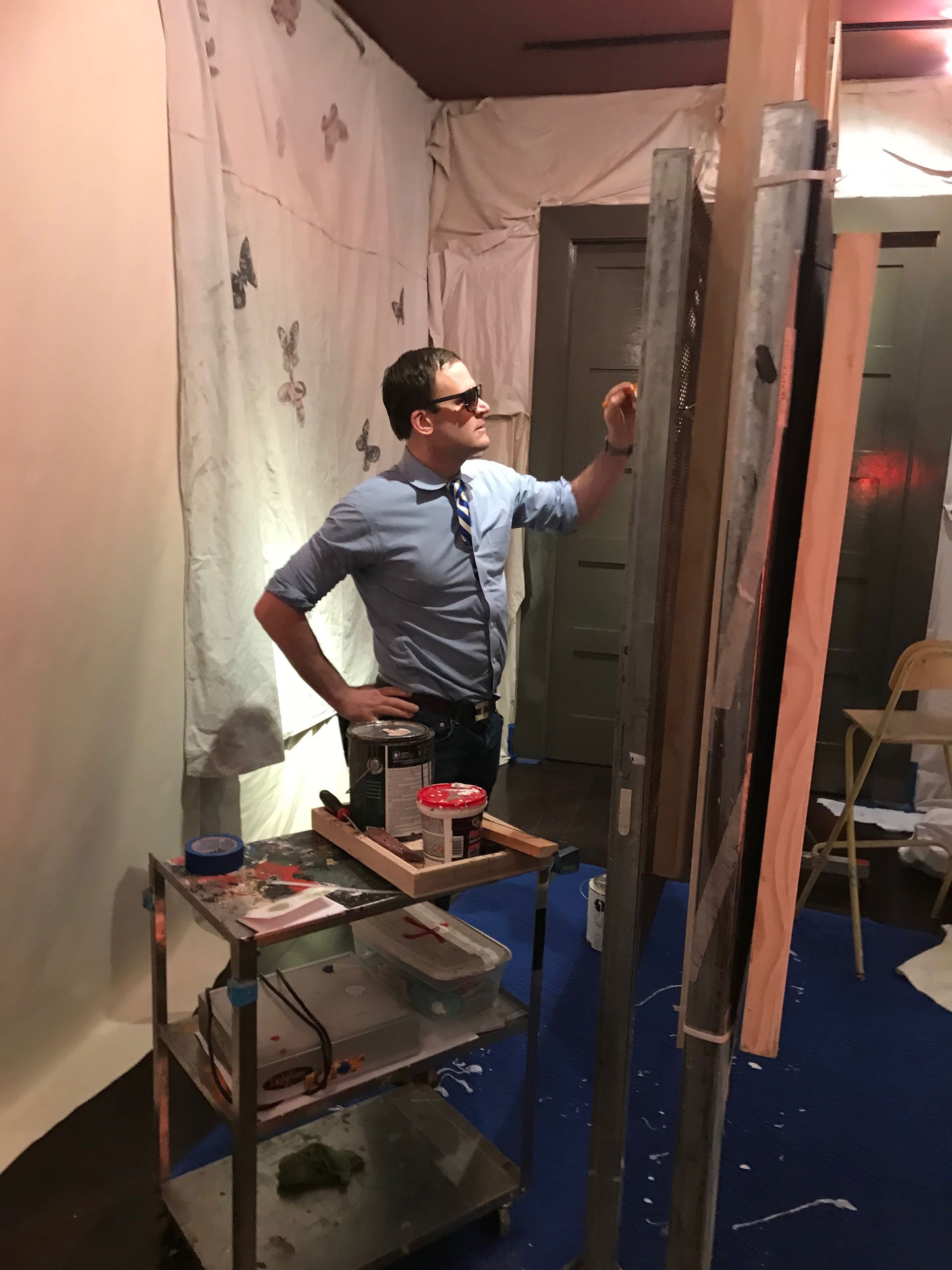 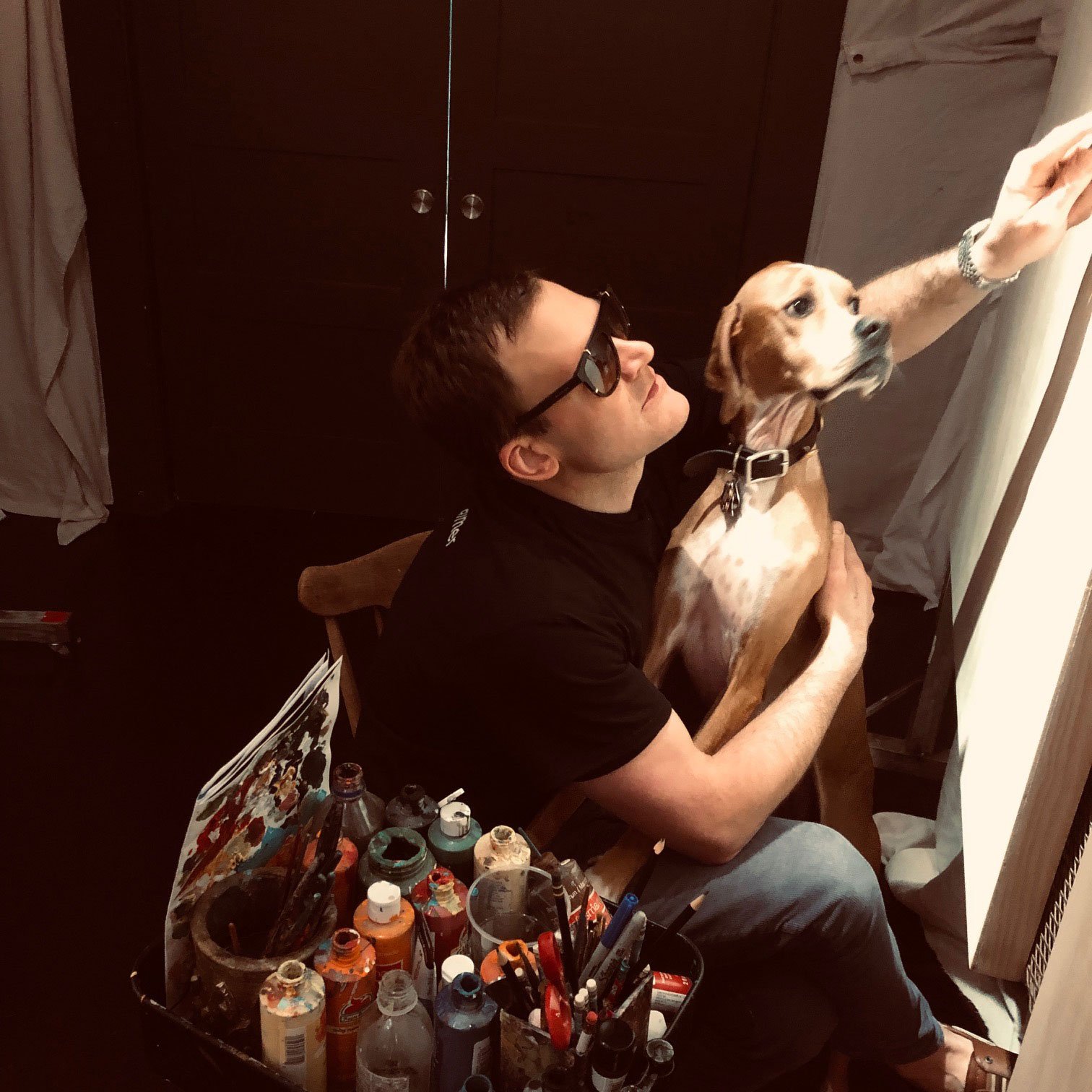 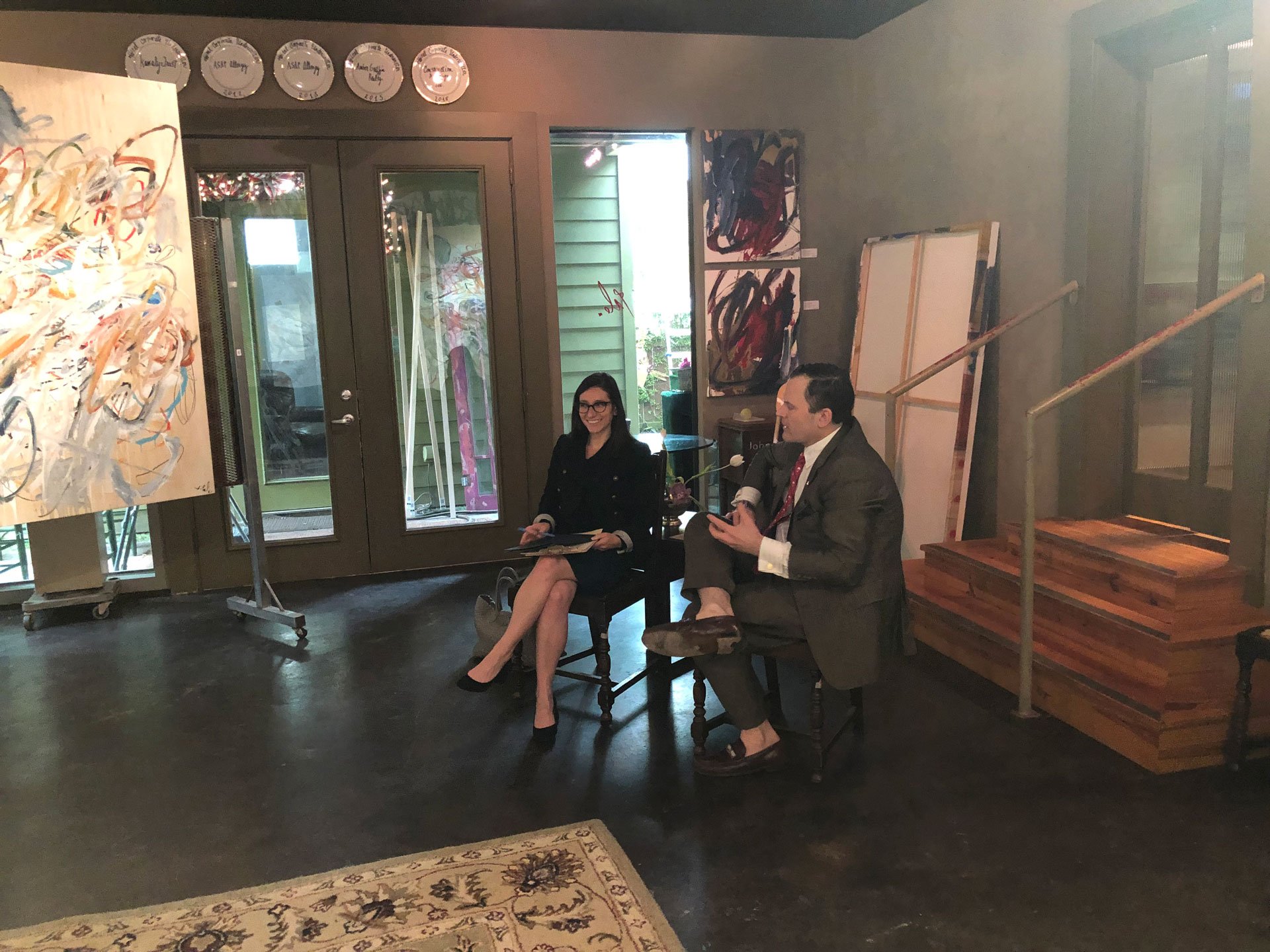 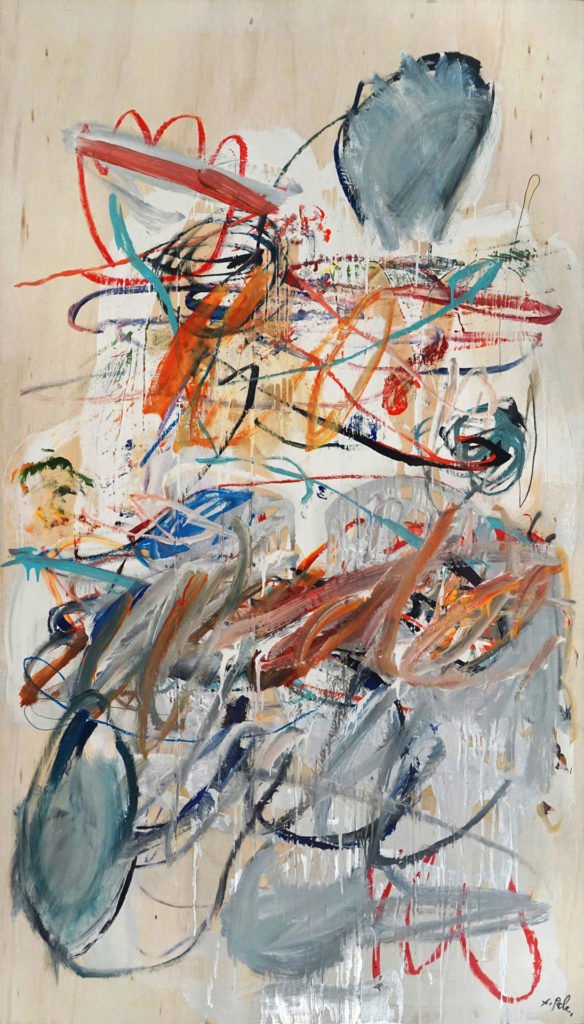 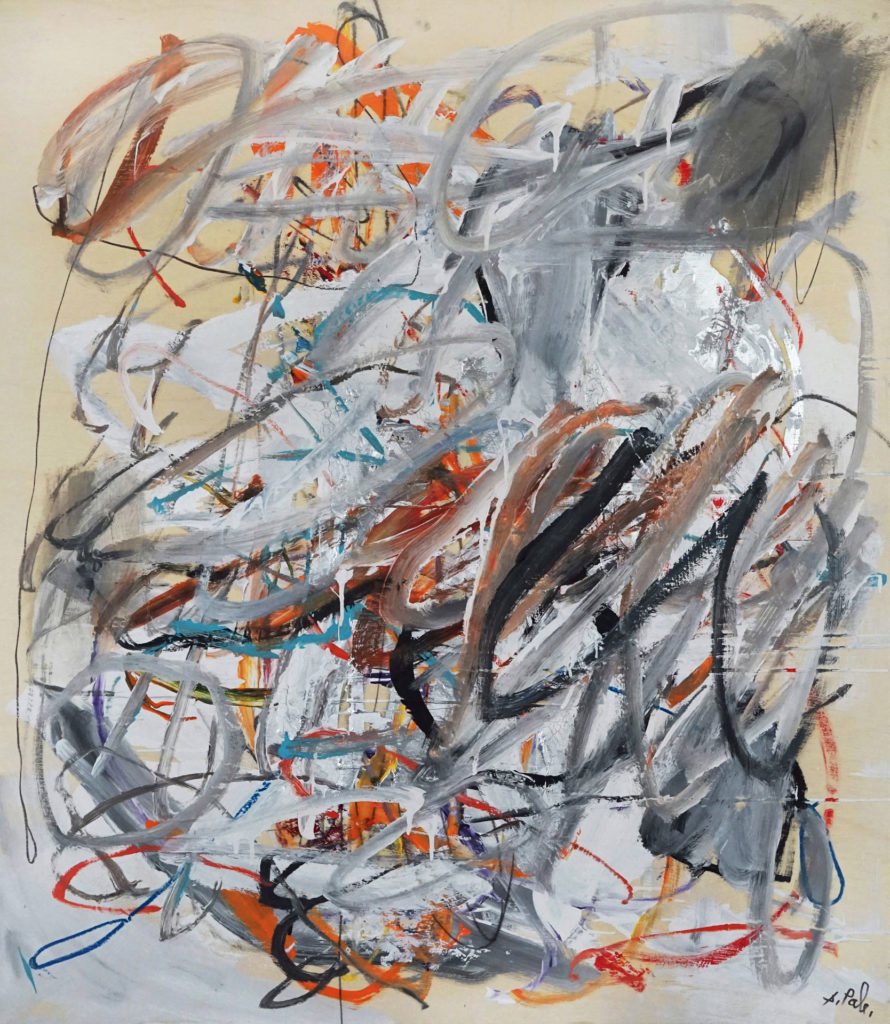 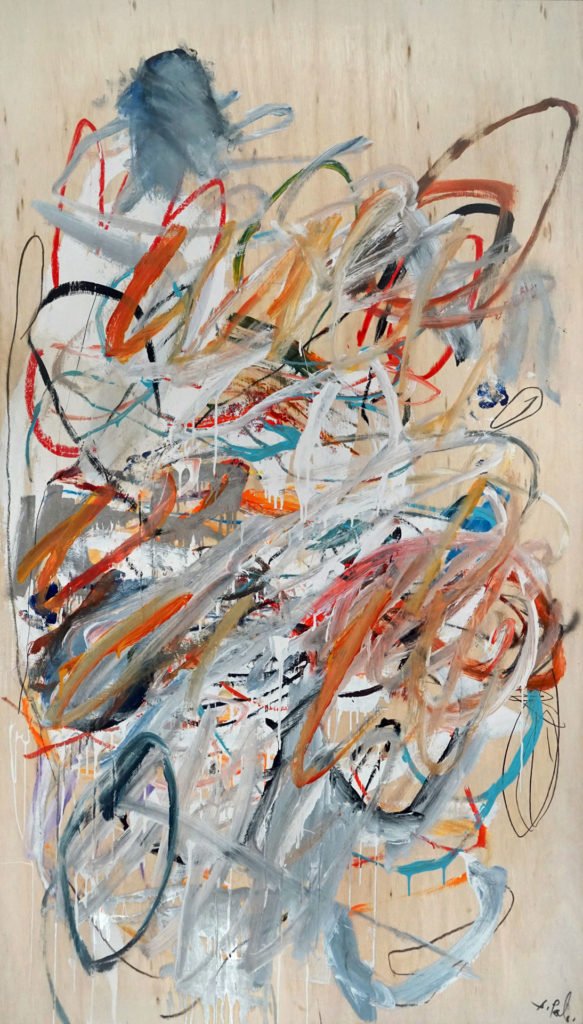 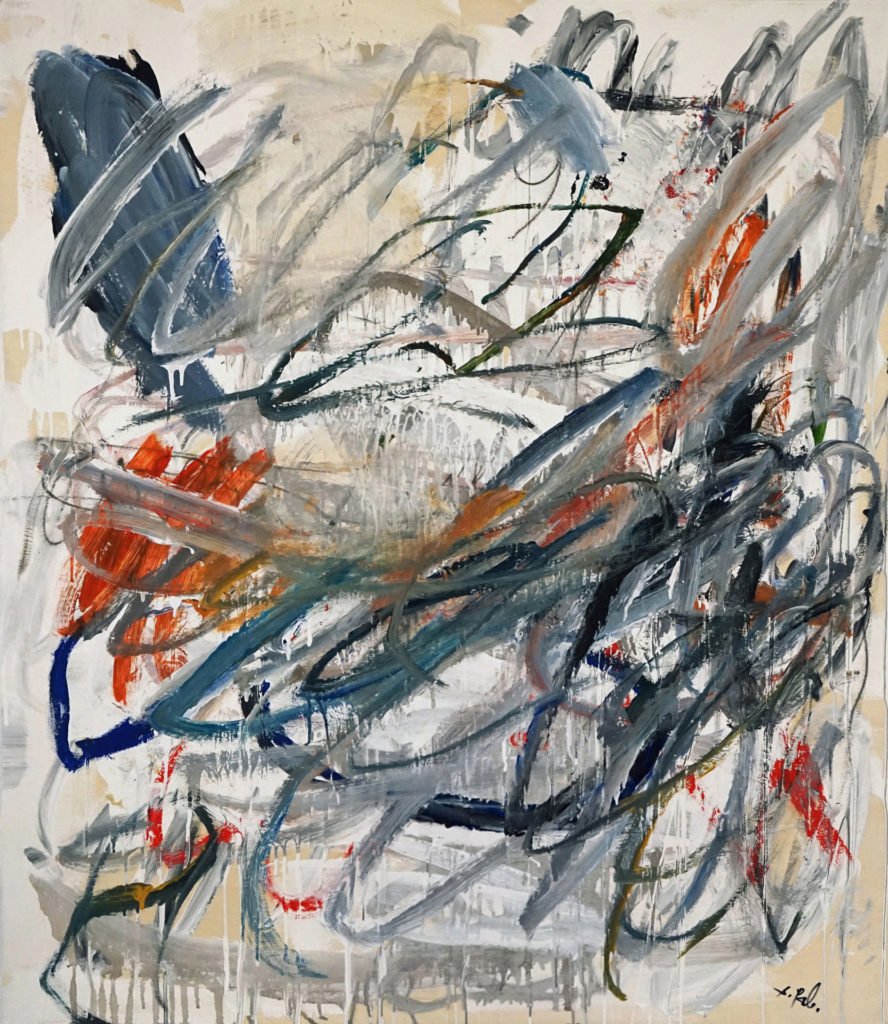 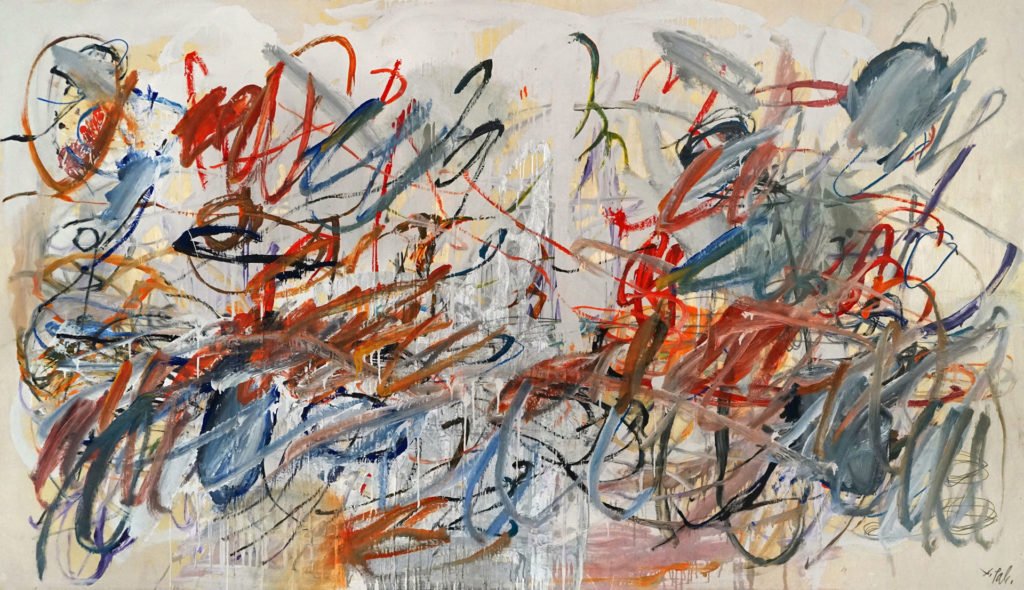 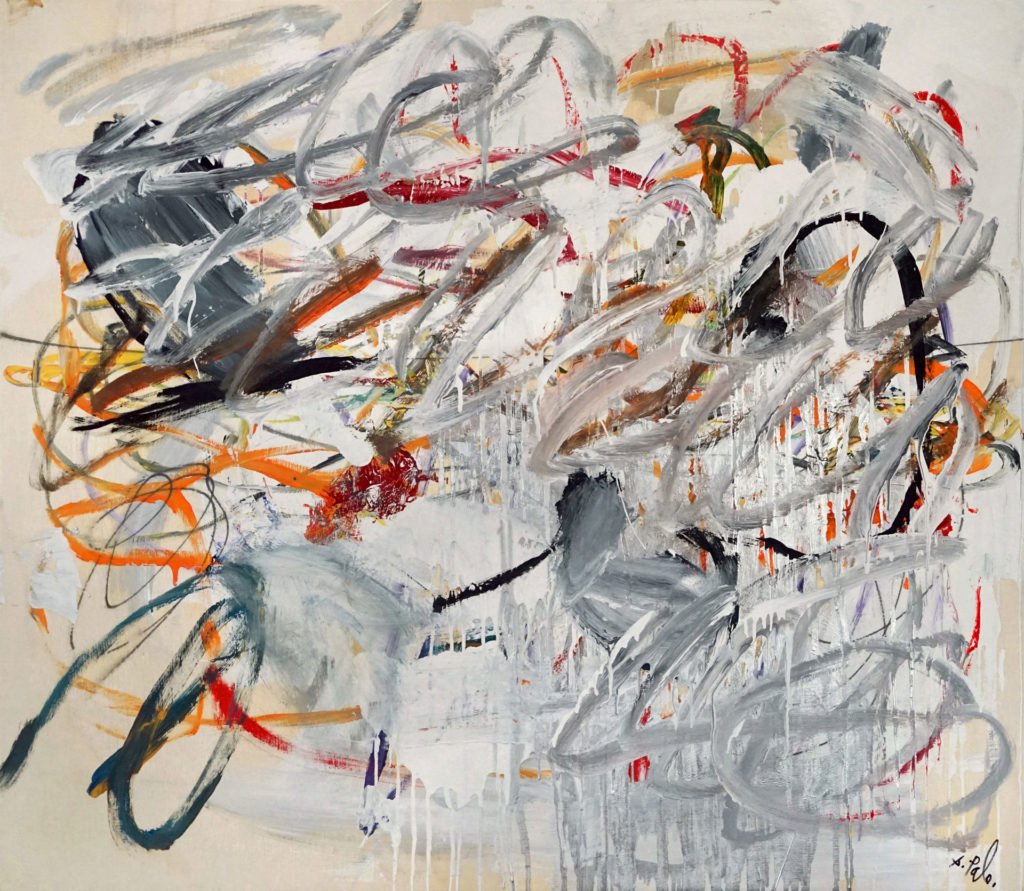