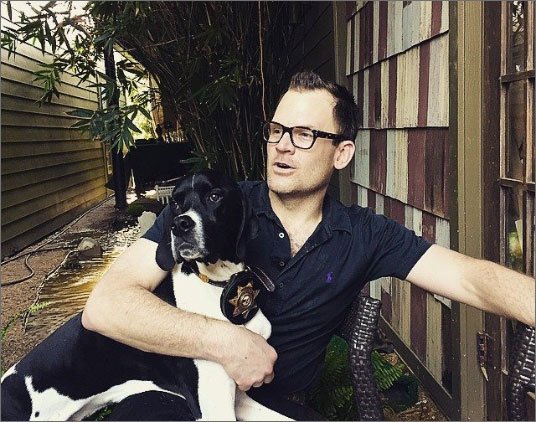 John Ross Palmer was born on January 10, 1974, in Houston, Texas. He is a fifth-generation Texan and a third-generation Houstonian. He has Canadian roots on his mother’s side of the family that connect him to his great-great-grandfather, Philip S. Ross, an icon of the accounting industry. From an early age John Ross Palmer exhibited a self-taught talent for art, but unlike a great number of artists, an uncanny ability to conduct business. One of John’s first businesses was selling soft drinks to his four siblings. He ran the business out of his closet and charged a quarter per drink. John’s inspiration, for both his art and his business prowess, is his mother Ada Palmer. John Ross Palmer’s mother ran a successful “yards” business, where she and her two boys mowed lawns for those in and around the Alief suburb of Houston, Texas. Her business flourished until John, age 12, went into direct competition with her. He was in middle school at the time and he set up his own phone line with an answering machine (using an adult’s voice for the automated message) to take potential client calls that might come in while he was busy attending his seventh grade classes. He made his mother a proposition. He told her that if she heard his phone ring, took the call and took the client information, he would give her a quarter. She agreed. In addition to his thriving landscaping business, prior to working as a full-time artist, John loved working as a bartender and exotic dancer at the legendary J.R.’s Bar and Grill in Houston, Texas, operated a local Houston convenience store and even for a brief stint (as a young and impressionable man) sold products for the multi-level marketing company Amway.

In high school, John excelled at a number of activities including his high school football team, student government, and scouting. John is extremely proud of earning his Eagle Scout badge by his senior year. Only an incredibly small percentage of scouts achieve the honor of Eagle Scout. As a method of coping after the unexpected death of his father, John gathered up the money he had, went to Michael’s on Weslayan in Houston to buy paints, brushes, and canvases, and used these tools and strokes on the canvas to heal. Painting allowed John Ross Palmer to release the inner grief, frustration, and pain after his father’s untimely death. 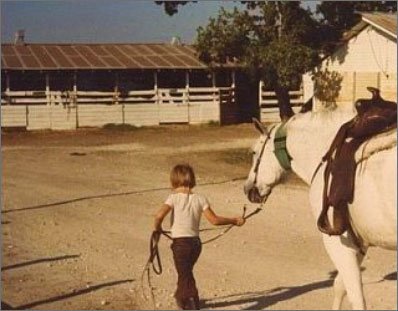 A young John Ross Palmer with his horse, Blu. 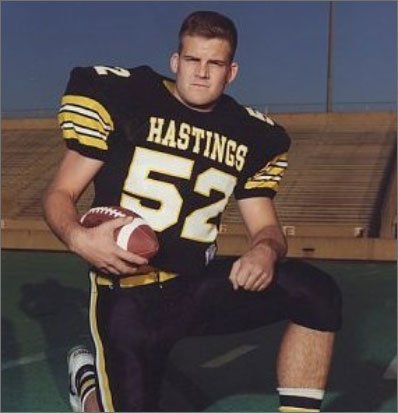 When you collect artwork from Houston Artist John Ross Palmer, you are acquiring a piece of the man’s spirit. Palmer is positive, fun, and hard-working. He loves to be the center of attention, and he has a booming voice. John loves to wear sunglasses. When you see him wearing sunglasses indoors, it’s because he is sensitive to light and bothered by floaters. This artist loves to paint in front of a crowd, but he enjoys privacy while he is hanging his paintings. He is sweet and uncommonly generous. Palmer is fiercely protective and loyal to his friends. Work is his passion. His favorite restaurant is Tony’s. At the end of the day, he is exhausted and enjoys his dinner in bed. He can fix almost anything, and his favorite drink is champagne. Palmer is a cautious driver and loves the fact that he’s left-handed. His favorite expression, when he loves something, is to remark “that’s VIP.” It’s hard for him to relax. When he attempts to relax, he likes to work on his artwork. Palmer and his siblings have a strange and strong nostalgia for the Houston Mexican restaurant Felix. It’s hard for Palmer to finish a meal because he becomes too enraptured in the conversation. He has an obsession with the office of the President of the United States, no matter which party. He always has any supply he might need on his person, and very often, he carries a backpack chock full of who knows what. It gets him into trouble sometimes at the airport when he tries to go through security with a box cutter. For several years he’s cut his own hair, and he doesn’t like to go to movies. He is one of the worlds’ most prolific letter writers and thrives on sending his collectors notes and postcards from all of his travels, or just when he’s thinking about them. He is unbelievably warm-natured and very often has to set up a fan to blow directly onto himself. He absolutely adores his pets: Bobby, Nancy, Pete, Walter, and Julie. 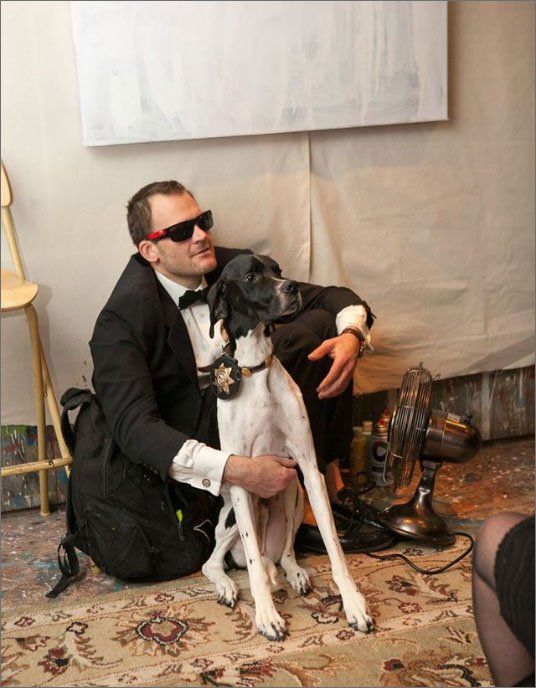 John Ross Palmer with his backpack, sunglasses, Bobby and a fan.