It is an understatement to say that I take great pride in Pangaea 2020. With the disappointment of not being able to travel outside of the United States, for a period of time I did not believe that an international series would be in the cards for 2020. Upon further thought, there were two main reasons why I felt compelled to make it work. First, Ryan and I have been very fortunate this year. We’ve played by the rules and remained healthy. Our friends and family are healthy. We’ve gotten creative and hustled like madmen but our business has stayed on track during a very uncertain economy. So, when so many people are dealing with illness, death, job loss and/or other forms of trauma, if the worst thing that’s happened me is that I had to cancel a trip, then I have no excuse not to deliver. Next, the First Class Club deserves it. They have supported me now for more than ten years. You could not calculate the value that they have added to my career and that includes the legacy of an annual international art series.

Pangaea 2020’s eleven paintings represent eleven different themes: Animals, Champagne, Head Covering, Artwork, Gay, Flowers, Beach, Dancing, Food, Jesus and Bathtub. In the series, the cities of Berlin, Dublin, Jerusalem, Sao Paulo, Nice, Port of Spain, Havana, Auckland, Bogota and Hoi An are each represented on at least two paintings. And, each painting has imagery from at least three different cities that matches the theme for that piece. Ryan and I have separate lanes in our business. He doesn’t do any painting and I don’t do _________ (fill in the blank and remember I’m confined to just one page.) However, since we always travel together, he does give input on the international series and its make-up because he has seen the sights with me and he has observed how the public has reacted to certain photographs that he has shared online. With this series, Ryan’s assistance was needed like never before. It is only because of his masterful organization skills that he was able to pull a ton of very specific imagery for me from annual trips dating back to 2010. Our partnership ties directly to one of three prominent themes that are woven within Pangaea 2020: Unity, The Power of Choice and Performance Under Pressure.

Say it however you like: Two heads are better than one, or, there is strength in numbers. No matter how you look at it, the combination of ideas, people, and in this case, places, gives a powerful result. Just like Pangaea itself was a union of all continents, my art series is an amalgamation of ten different cities. A furtherance of this theme was embodied by the series’ literal creation in the brand new Atrium, a stunning glass enclosure that connects (or “unifies”) our main art gallery to the Chrysalis.

We are faced with choices every day. And, these choices have consequences. Sometimes the results of your choices make you happy and get you closer to your goal. And, other times your life choices can cost you almost everything. For Pangaea 2020, not only did I take a massive risk in electing to create the series (producing an “international” series without actually traveling?) but I also had to decide which themes to highlight. There was an astronomical amount of options – but through collaborative conversation with Ryan and taking into consideration the preferences of my cherished collectors, I decided on the eleven you will see in the series.

I perform well under pressure. When I am under the gun, I produce my best artwork. Because of this year’s modified timeframe and sudden new deadline as well as a plethora of global and personal issues, I’ve never faced more pressure to create an art series. And, so, I can tell you with confidence, it is my best. At this time in our nation’s history, we have never been more polarized. I know that artwork is the ultimate unifier. It can inspire anyone at any time. For ages, Pangaea had no borders as it was a solid body of land. But, then, over time, due to tremendous pressure it was forced to break up. There are a few ways of looking at the eventual distinct continents. Yes, the division created boundaries and disputes. But, also, the separation eventually led to independence, diversity and culture. It is the latter consequence that I hope both you and I will find when we will reminisce on Pangaea 2020. 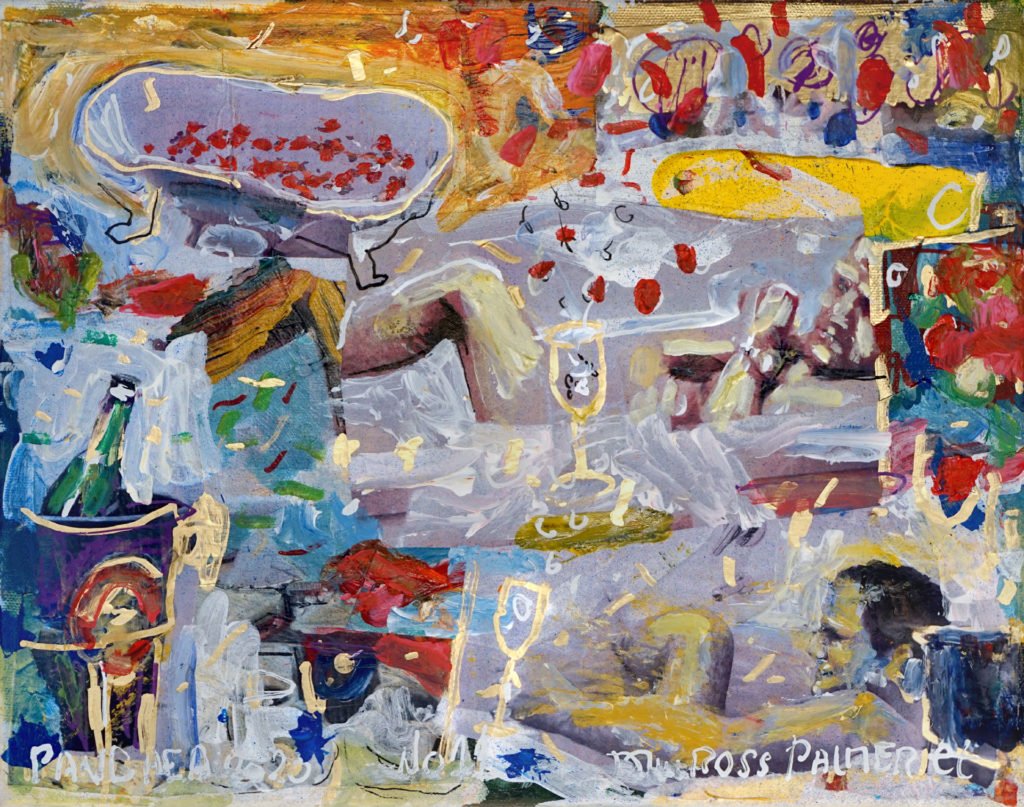 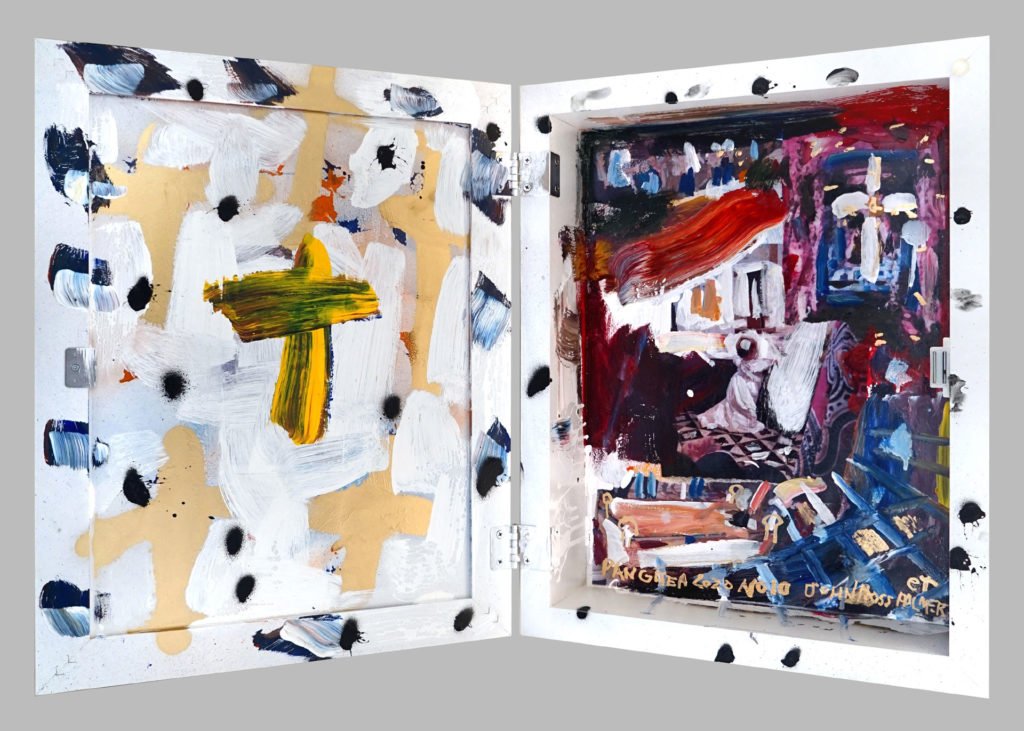 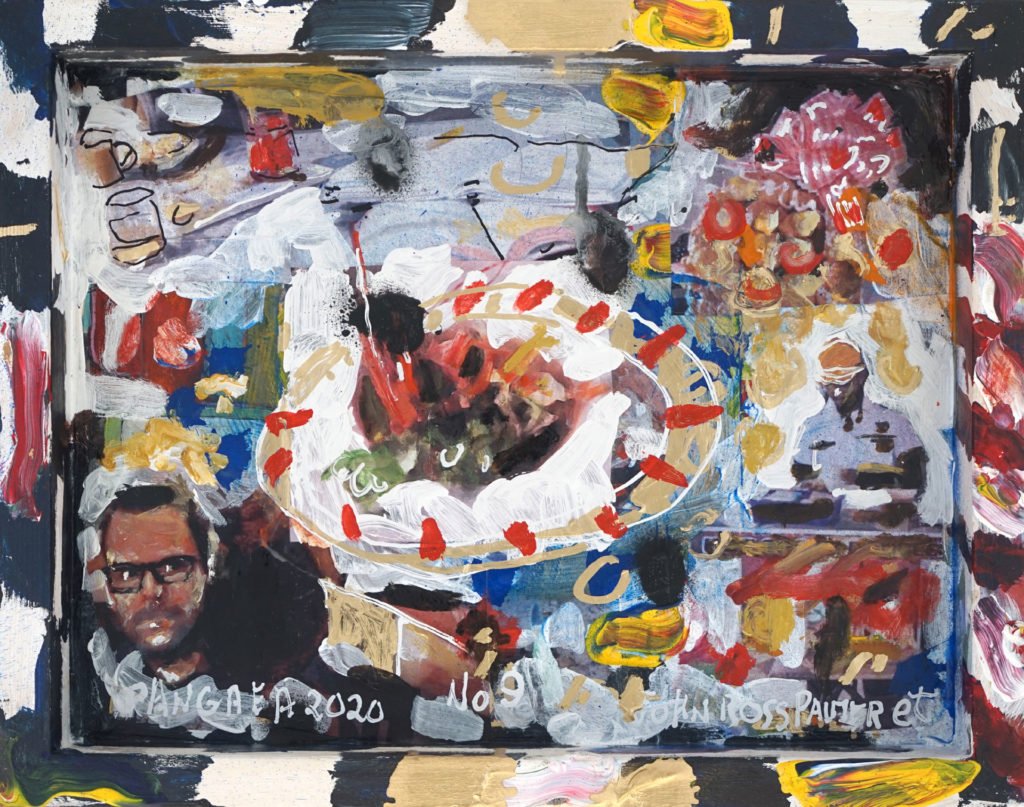 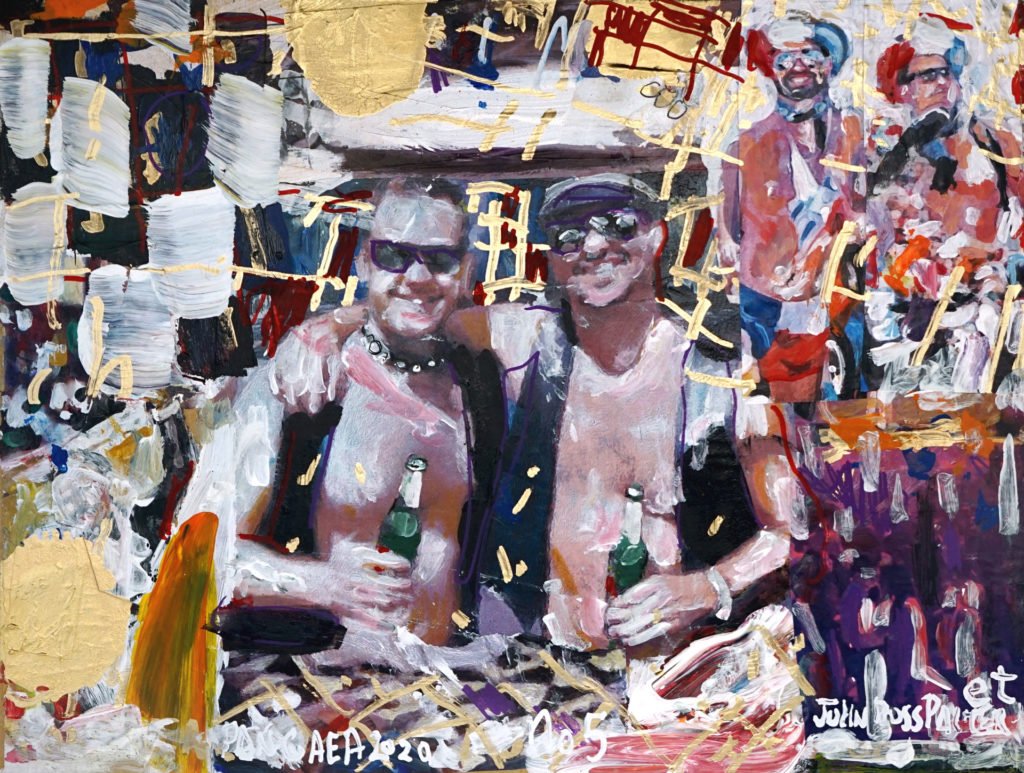 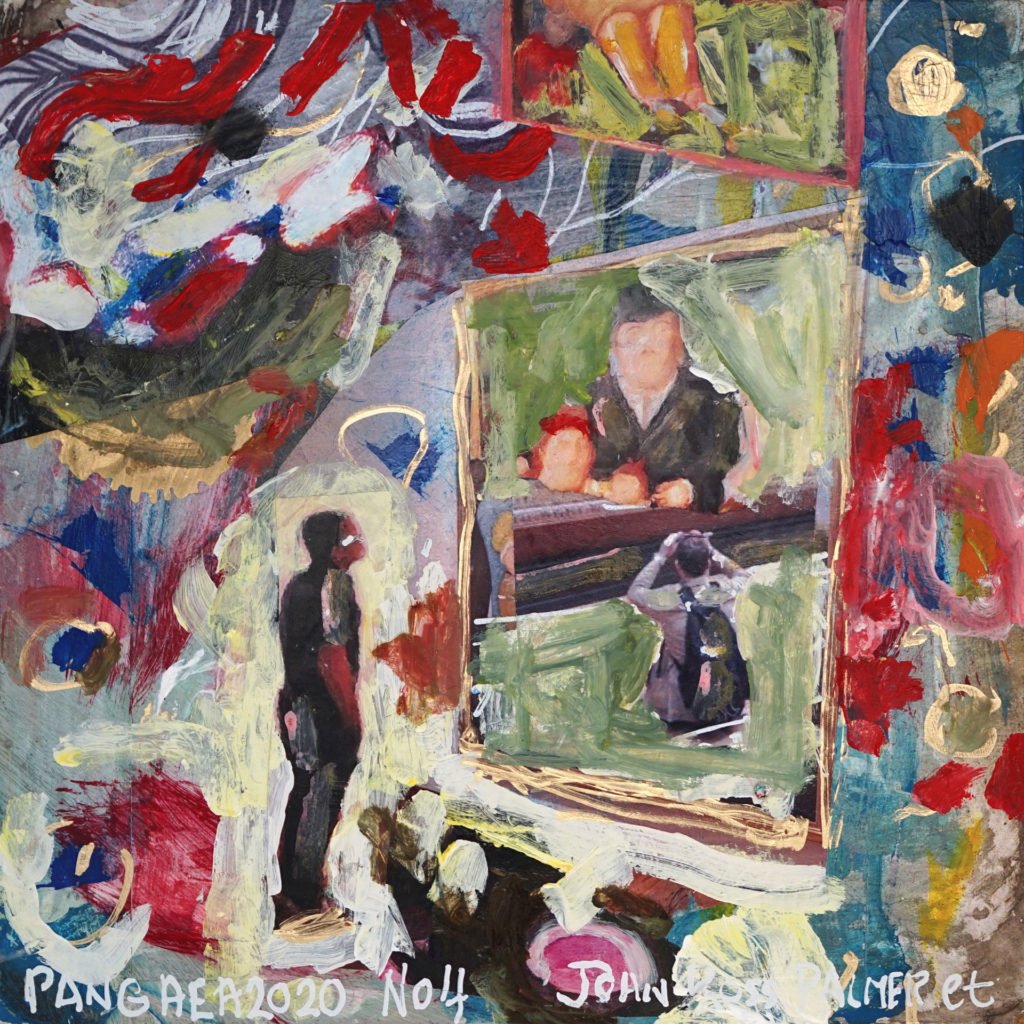 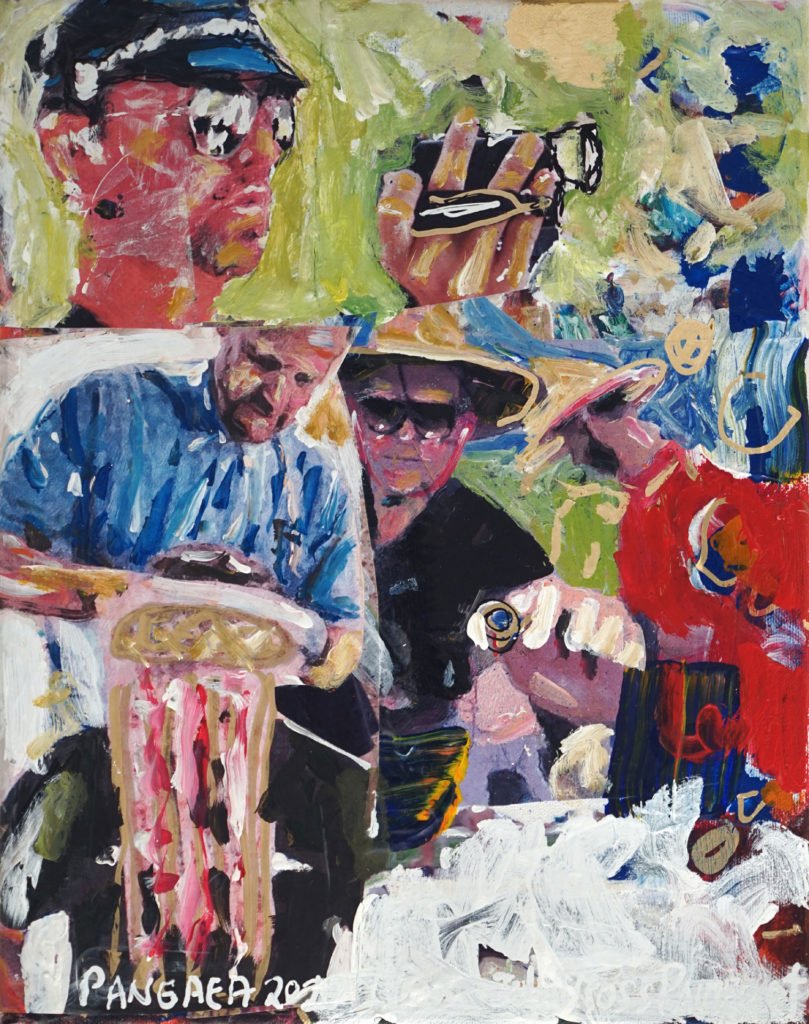 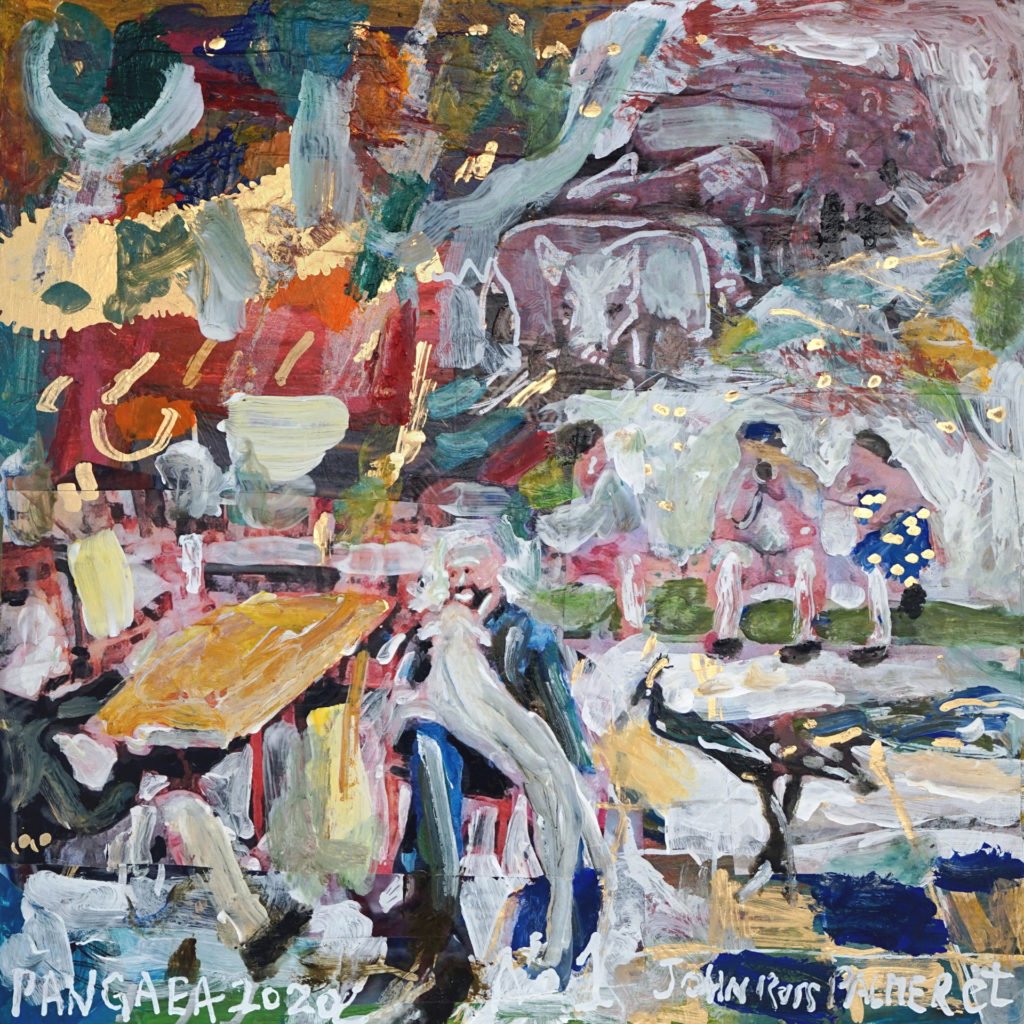