Historic paintings by John Ross Palmer have a unique significance such as being extremely rare, featured in a book, nominated for an award, or highlighted on a television program. While Palmer paintings are always priced just based on size, paintings in this section have a special added value.

The Birth of Art Launch
The Birth of Art Launch was painted for a segment of Arts InSight on Houston Public Media TV 8 entitled “The Painted Life of John Palmer.” The segment, released in November of 2016 and that includes an interview of Palmer by the famed television host Ernie Manouse, won an Emmy Award.

Between the Gap
Between the Gap is featured on the cover of Palmer’s 2004 book, “Escapism.” It was acquired by master Palmer collector Dave Carlson prior to the book’s release. When Carlson passed away, it was one of approximately ten original paintings that was given back to the artist in the collector’s will.

Early Escapism
Early Escapism was created at the onset of Palmer’s career in approximately 2003. The young Palmer was only beginning to experiment with color and form. Circles and lines reveal the genesis of Palmer’s notable Escapism triggers such as arrows, numerals, and the checkerboard grid. Paintings of this style are contained in Palmer’s first book, Deliverance & More Than Words (2003).

The Birth of Art Launch 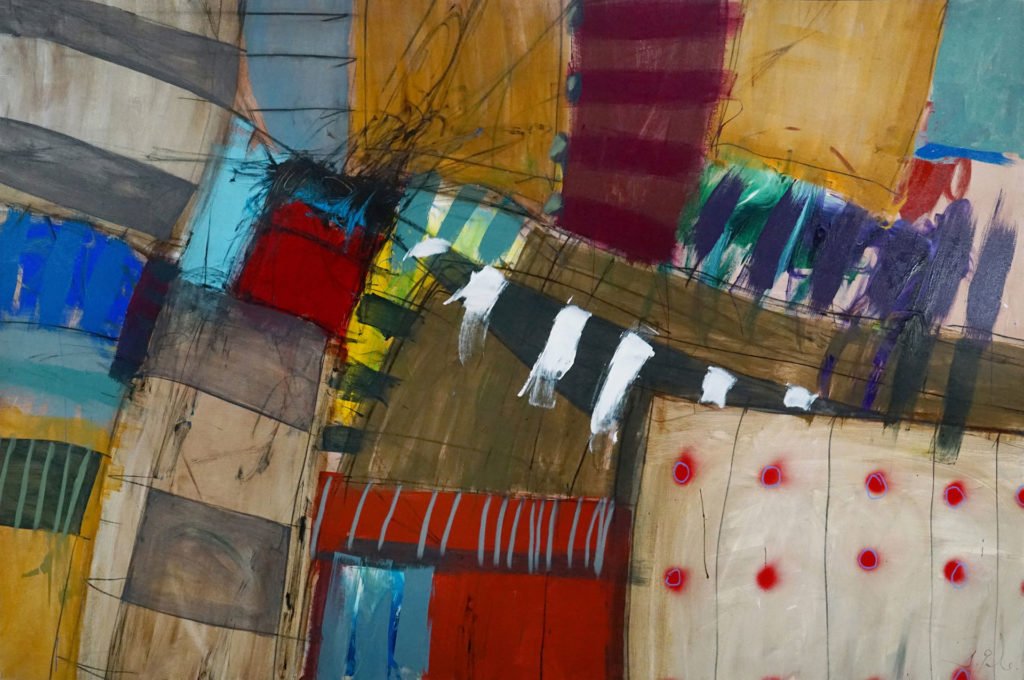