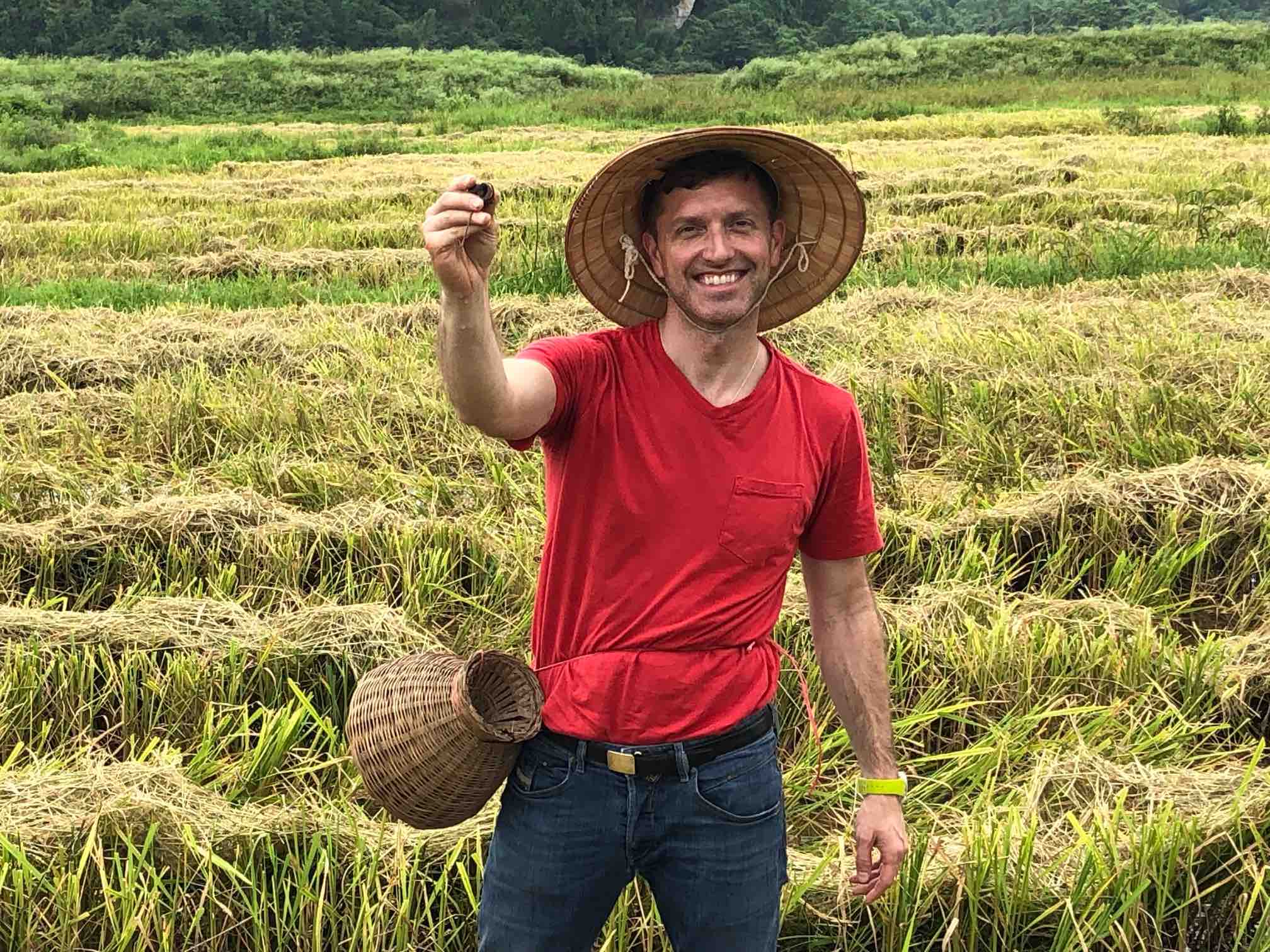 The Second Hardest Working Man in the Art Business

Robert “Ryan” Lindsay was born in Painesville, Ohio on September 29, 1977. Ryan literally never mentions that he was born in Ohio.

He grew up in Clemson, South Carolina in the foothills of the Blue Ridge Mountains. Being a college town, it was an idyllic childhood environment with top-notch public education. The neighborhood where he lived was called Camelot and the street where he resided was called Queen’s Court. You can’t make this up.

As a young man, Lindsay excelled at junior tennis. He was a top player in the state of South Carolina and well-ranked in the Southern section. He qualified for a few national tournaments including the first-ever Zonals competition in Lansing, Michigan where his team won the gold medal and Lindsay won the section’s sportsmanship award. Lindsay won the sportsmanship award at the South Carolina State Tournament twice and the prestigious Malloy Evans sportsmanship award at the State Qualifier in Belton, SC when he was in the 16’s division. Lindsay played either No. 2 or No. 1 on the D.W. Daniel High School Tennis Team from the seventh grade through his senior year. In 2015, because of his near unblemished record in high school tennis, he was inducted into the D.W. Daniel Athletic Hall of Fame – in only its third class, as the first and only tennis player and alongside NFL legends and NBA great Pistol Pete Maravich.

While in high school Lindsay served at the D.W. Daniel Student Body President and a delegate to Boys State. Unlike his older brother Marshall, when Ryan also ran for Youth Governor through the Youth in Government Program, he did not win.

Ryan won a prestigious Carolina Scholar Scholarship to attend the University of South Carolina. Yes, it is extremely uncommon for someone to grow up in Clemson and go to Carolina. He was an active member of the Sigma Alpha Epsilon Fraternity, inducted into the Phi Beta Kappa Academic Honor Society and a member of the prestigious Omicron Delta Kappa Leadership Honor Society. The summer prior to his senior year Ryan interned for his Congressman Lindsay Graham in Washington, DC. Lindsay was a 2000 magna cum laude graduate of the University of South Carolina Honors College with a degree in Economics. After college, Ryan worked as a Chocolate Ambassador while driving the Hershey’s Kissmobile around the United States and Canada.

During his senior year of college Ryan won a Rotary International Ambassadorial Scholarship to study at the University of Cape Town, South Africa. Lindsay lived and studied in Cape Town for fourteen months from 2001 to 2002. He moved to Houston in the Spring of 2002.

Ryan graduated from the University of Houston Law Center in 2005. He practiced complex divorce litigation alongside the famed Donn C. Fullenweider from 2005 to 2009 before resigning to go into full-time business with his husband.

Ryan is a graduate of Leadership Houston Class XXXI and an active Director with The Texas Lyceum. He is a member of the Rotary Club of Houston where he as served on its Board of Directors. For three years he served on the Victory Campaign Board of the Gay & Lesbian Victory Fund to work to get openly LGBTQ persons elected to public office at all levels around the country. For two years he co-chaired the Houston Champagne Brunch and raised hundreds of thousands of dollars for the organization. Lindsay was proud to be selected as the delegate from the Victory Fund to preside over and moderate the Marriage Equality Rally on the date of the Obergefell v. Hodges decision in 2015. He was recognized by the Houston Business Journal as a Top 40 Under 40 in 2017.

In addition to his work with the art business, Ryan co-founded the 501(c)(3) nonprofit Art Launch with John in 2016 to manage and fund the Escapist Mentorship Program. Since its inception, Lindsay has served as the Art Launch Executive Director. 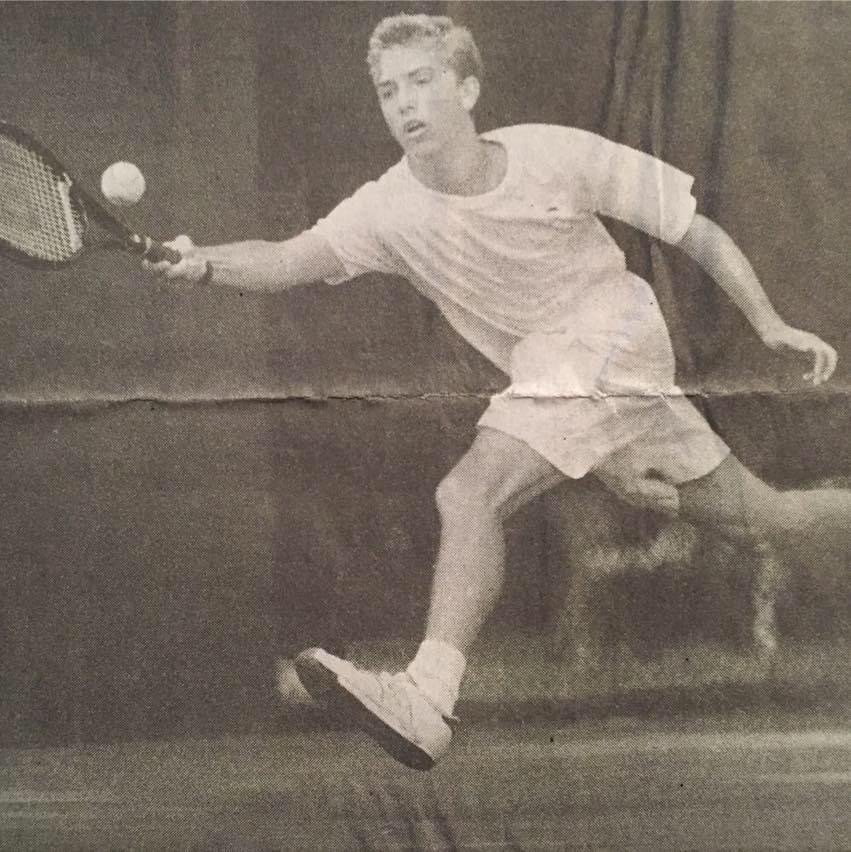 As a young man, Ryan Lindsay excelled at junior tennis. 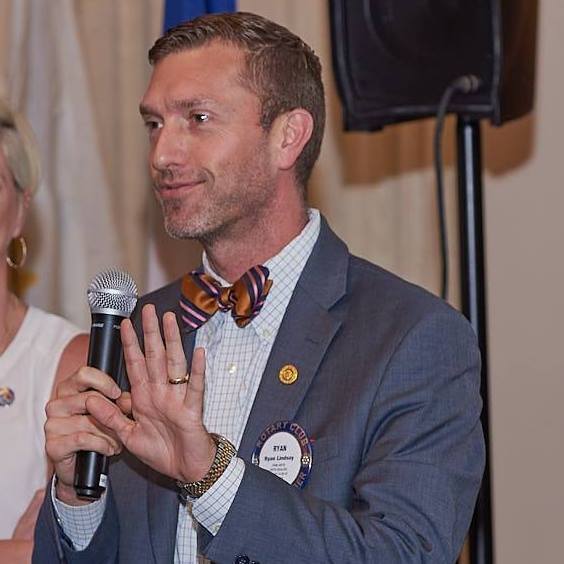 Ryan Lindsay is a member of the Rotary Club of Houston where he as served on its Board of Directors. 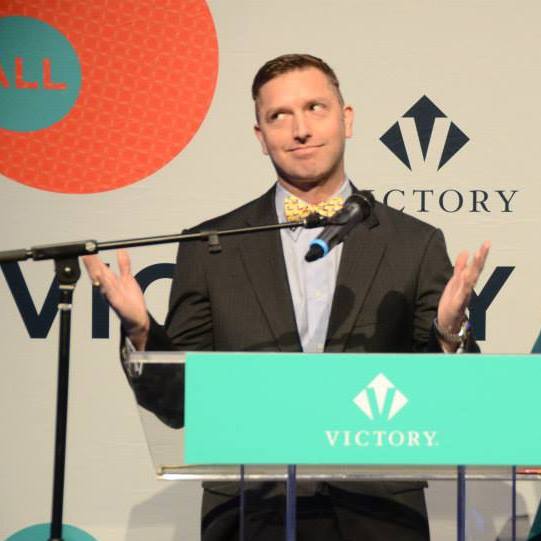 For two years, Ryan co-chaired the Victory Fund's Houston Champagne Brunch and raised hundreds of thousands of dollars for the organization. 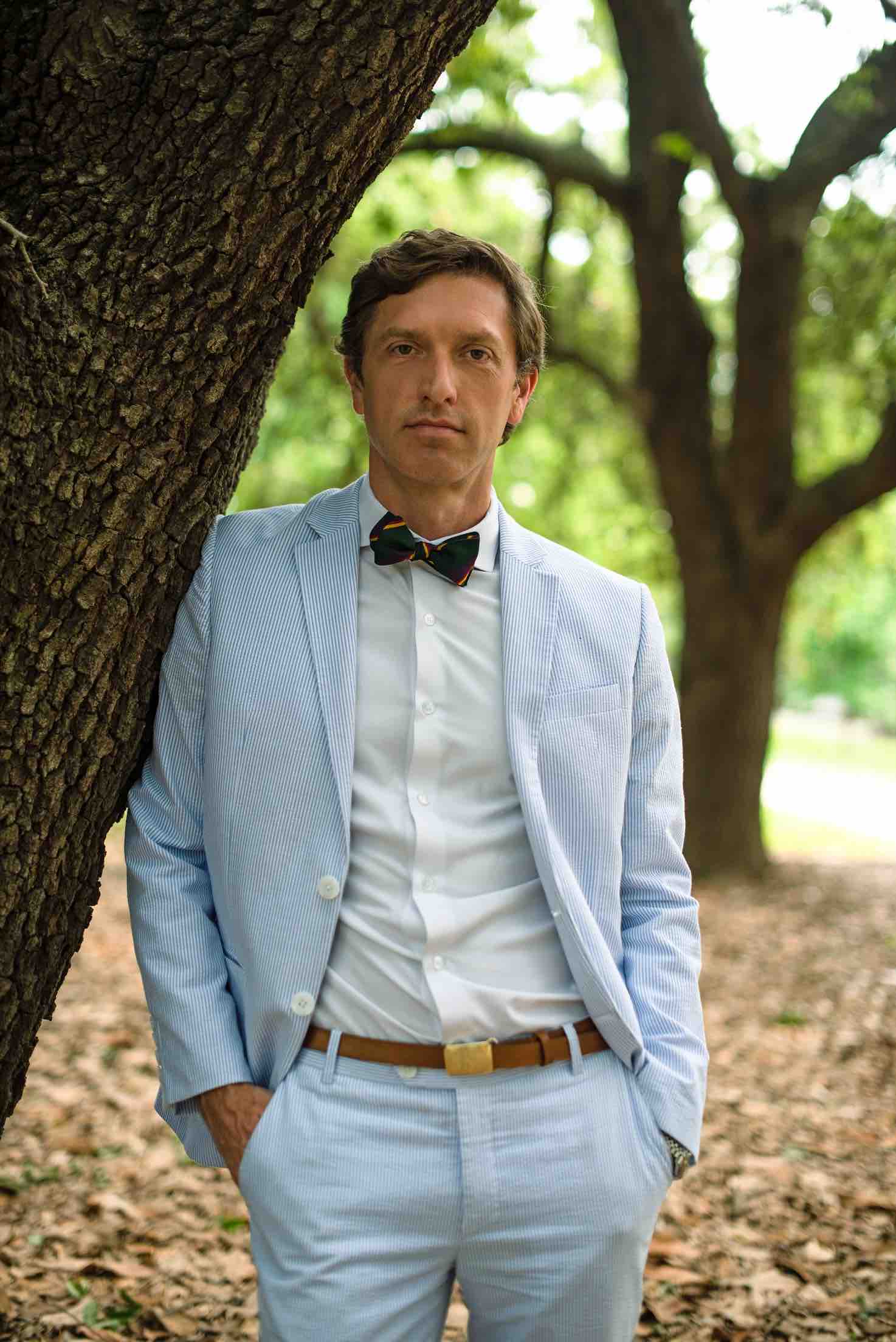 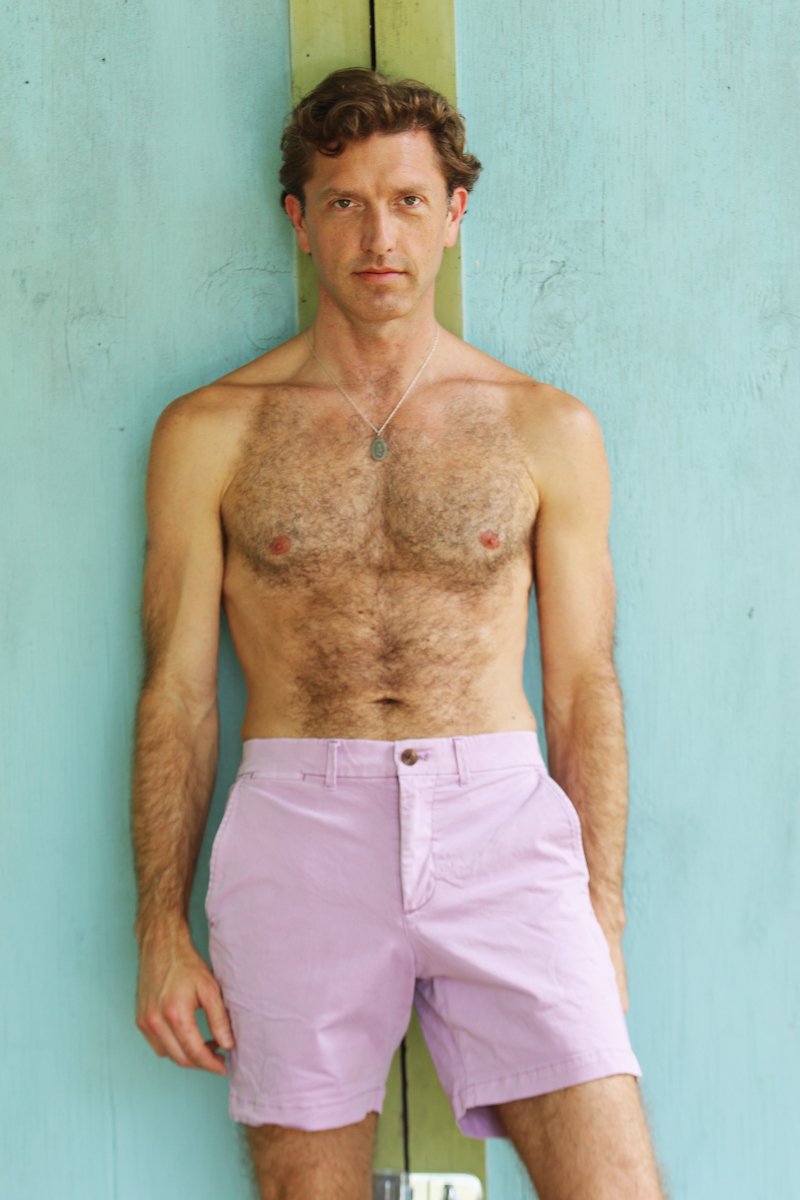 Ryan Lindsay began his fitness journey at 40 and hasn't looked back.

At the age of 40, Ryan Lindsay got very serious about his health and fitness. To celebrate his leanness, at his 40th Birthday Roast that was held at the gallery and attended by guests from all over the country, Lindsay released a set of sexy photographs of himself taken by the late, great photographer Evin Thayer. The experience was so fun for Ryan that it inspired him to engage in a great number of amateur modeling shoots all over the world: New York City, Paris, Berlin, Amsterdam, Brussels, Las Vegas, Los Angeles, Austin, Dallas and many more. The modeling was a private experience and just for fun until Lindsay began sharing the photos via Instagram at the onset of 2020. When he reached 2,000 followers, he switched his name on the site to be known as the Seersucker Stud. At this time, the @seersucker.stud page is one of the hottest thirst-trap accounts on the social media network.

In his free time (that’s hilarious), Ryan loves to watch television and his favorite show is The Golden Girls. His daily exercise routine includes a power-walk, sit-ups, and push-ups. He does not go to the gym and he does not weigh himself. He takes great pride in the fact that the cats like him better than they like John. Ryan is a workaholic but does love taking an afternoon nap for about an hour. He is very close with his family and the ultimate Mama’s Boy. Ryan lost his dad Bill in December of 2018 and thinks of him every day. He was an outstanding father. Ryan follows politics closely – especially local government. He is a sustaining member and a regular at the Houston GLBT Caucus meetings where people actually pretend to listen to him because of his long-time service to the organization. He is a strong Democrat that most often tries to get women of color elected to office. He has no desire to run for political office but thank you for asking. He is a vocal proponent for the legalization of marijuana.